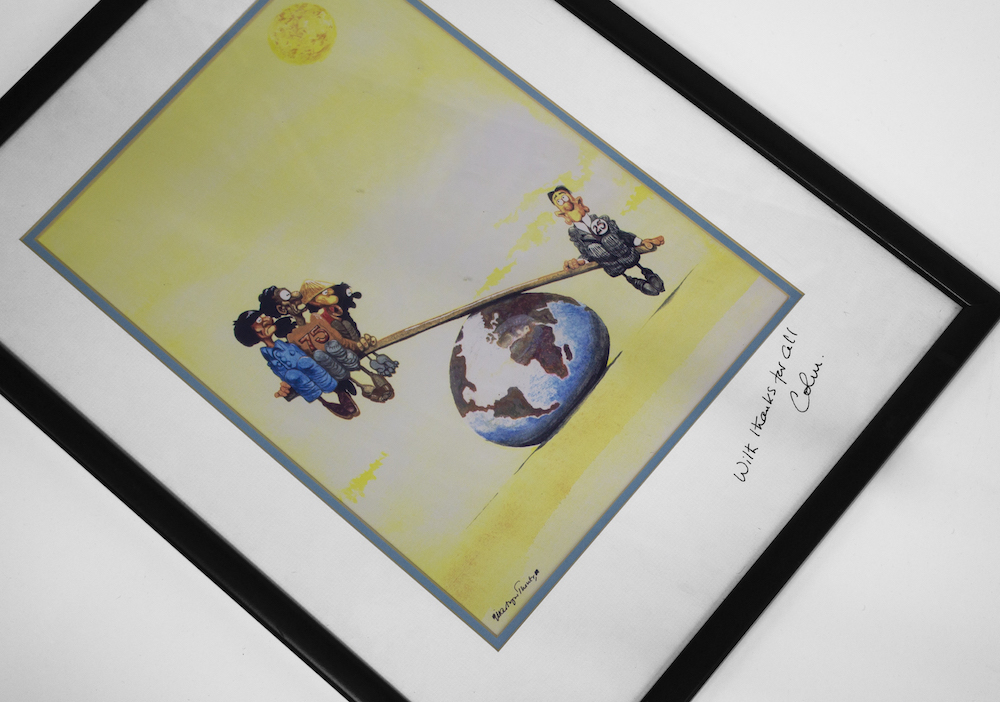 36 years ago, this cartoon by Martyn Turner appeared on the cover of the first edition of 80:20 Development in an Unequal World – then titled 75:25.

After it’s publication, the editors received many complaints that the cartoon stereotyped people from the Third World and that it reduce the complexity and diversity of that world to a set of simplistic and inaccurate images. The editors noted that, interestingly, no complaints were received that the First World was treated in the same manner.

Since that first edition, the cartoons have continued to elicit considerable comment – not always positive. By its very nature, cartooning trades in caricatures and stereotypes of everyone and anyone.

In order to get a core truth or reality, good cartoonists do strip away detail and therefore do reduce complexity. The editors of 80:20 Development in an Unequal World are pleased to continue that tradition.

For more of Martyn Turner’s work check out Martyn’s editorial cartoons for the Irish Times.