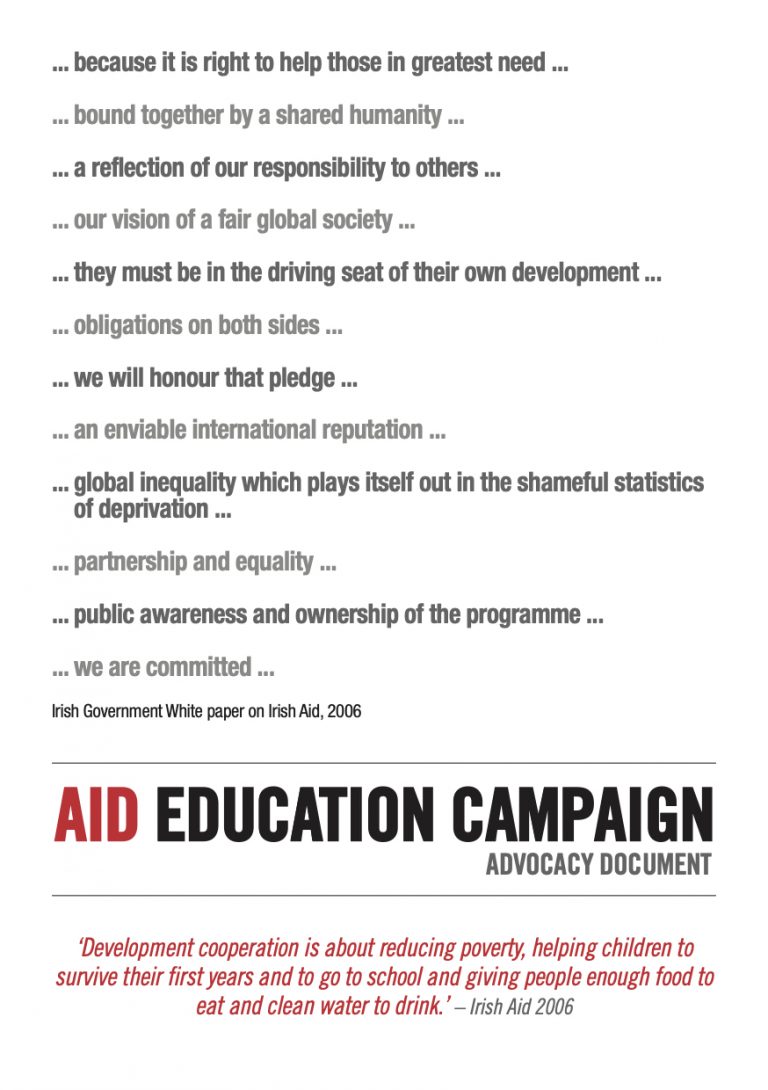 This advocacy document was developed and produced as part of a broader exercise in exploring and debating development aid and the Millennium Development Goals, in Ireland and internationally through a number of workshops with students from the greater Dublin area.

‘The Aid Education Campaign advocacy document’ was produced in the wake of the Irish government’s decision to disproportionately cut Ireland’s aid budget in 2009 and 2010, relative to cuts in other sectors.

It was then presented by the students to the Chef de Cabinet of the Office of the President of the General Assembly of the United Nations in New York. This was part of a lobbying study visit to New York to explore UN decision making and power structures.

The students also took part in debates with students from various local schools on issues such as American foreign policy…and won them all.

Source: Concern Worldwide and 80:20 Educating and Acting for a Better World