CRH Divest from the Wall 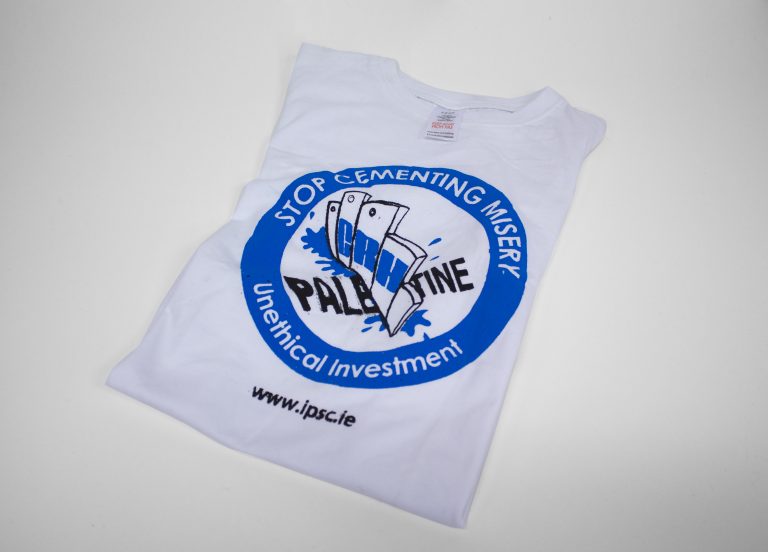 CRH is an Irish multinational that up until January 2016 was deeply complicit in the construction of Israel’s illegal (ICJ Ruling 2004) Apartheid Wall, military checkpoints and colonial settlements (considered war crimes under the Geneva Conventions) in occupied Palestine. CRH held a 25% stake in the Mashav group, the holding company for Nesher Cement, the sole producer of cement in Israel. From 2014 until CRH finally divested, the IPSC ran a campaign calling on CRH to pull out of this toxic investment.

For over a decade the Ireland-Palestine Solidarity Campaign consistently raised CRH’s complicity in the occupation during the proceedings of CRH’s Annual General Meetings, as well as in colourful, creative and lively demonstrations outside these meetings.

In 2012 the IPSC presented a 10,000-signature strong petition to the CRH Board calling for divestment, and also filed a complaint with the OECD. Other actions included a travelling mock checkpoint roadshow which highlighted CRH’s role in the wall to the Irish public, working with Palestinians on the ground to highlight the issue locally – particularly in Bi’lin village – and bringing the issue to the Russell Tribunal on Palestine.