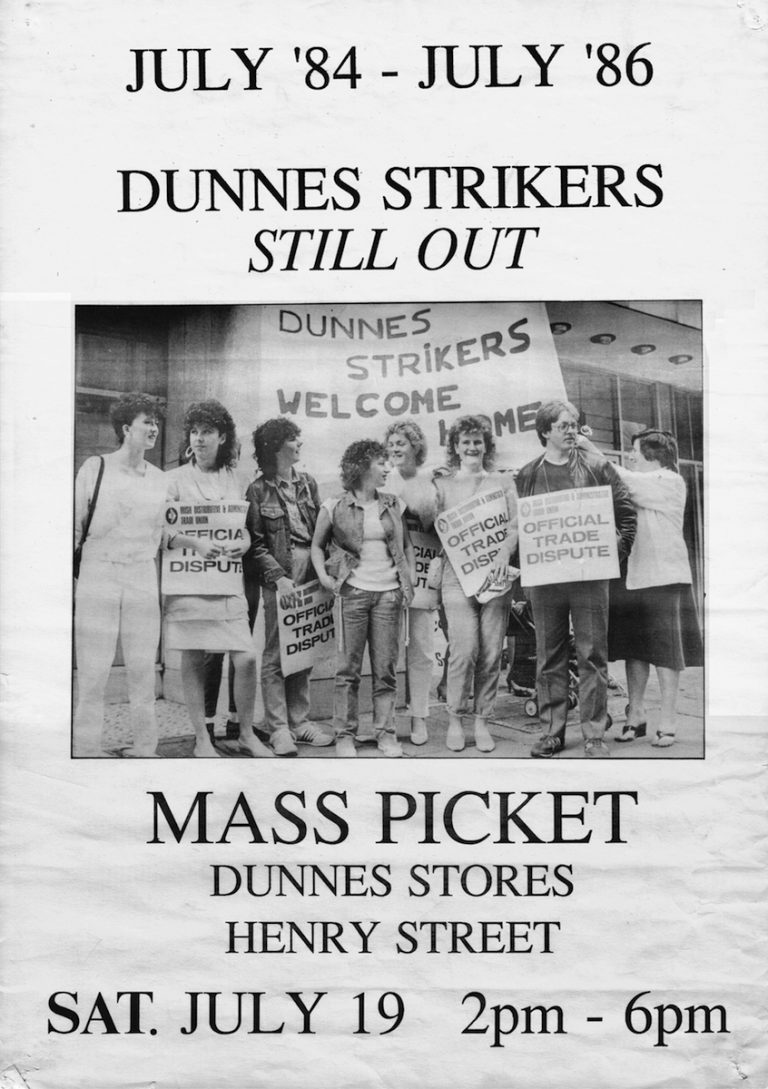 The Dunnes Stores strike of July 1984-April 1987 began when Mary Manning, a worker in Dunnes Stores, Henry Street, Dublin, was suspended for refusing to handle South African fruit in support of trade union policy which backed the international campaign to boycott the produce of the apartheid regime in South Africa.

Widely frowned on by senior figures in the Irish trade union movement, word of the strike quickly spread outside Ireland.

Archbishop Desmond Tutu met the strikers and Nelson Mandela, from prison, said the strikers gave him “great hope and inspiration”. The strike ended in April 1987 when the Irish government banned the import of South African goods. Today, the Irish government would not be able to ban the import of South African fruit under EU law.

All materials courtesy of Brendan Archbold and the Archbold family, David Joyce and Derek Speirs. Text by John Daly