Ethiopia 1994 – Putting the Pieces Together 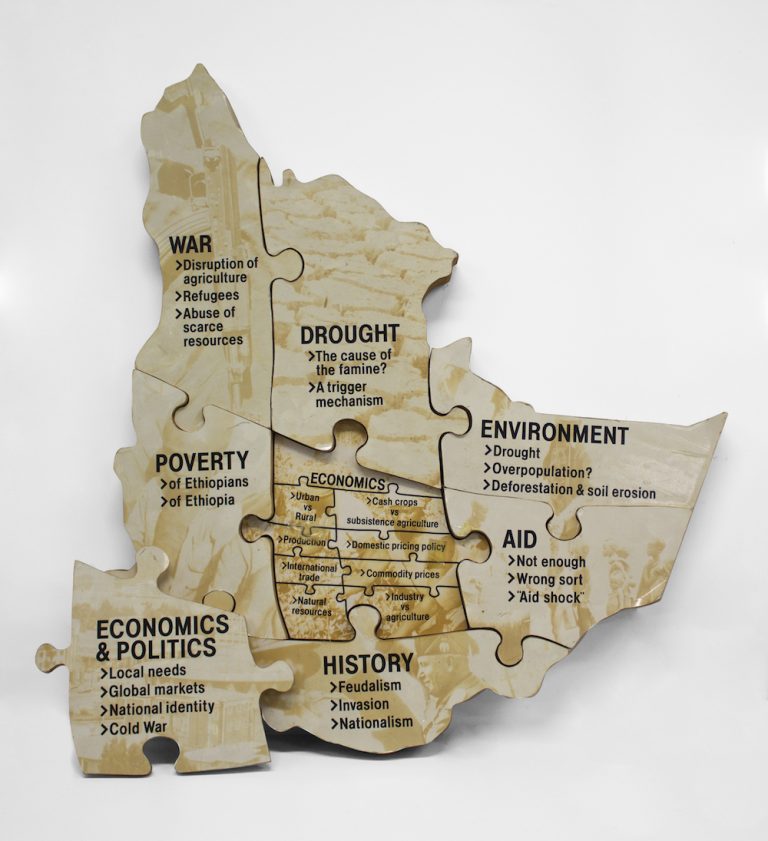 ‘Dawn, and as the sun breaks through the piercing chill of night on the plains outside Korem, it lights up a biblical famine, now, in the 20th century. This place, say workers here, is the closest thing to hell on earth.’

With these words and their accompanying images, BBC journalist Michael Buerk and cameraman Mohammed Amin introduced one of the world’s most influential pieces of news reporting – that on the famine then occurring in Ethiopia. That report and subsequent events and responses had a massive impact on Ireland’s consciousness and on its role in the world.

10 years later, the Open University and the BBC produced a programme exploring the famine and, in particular its root causes. The jigsaw was developed by Colm Regan to explain the famine many and complex causes.