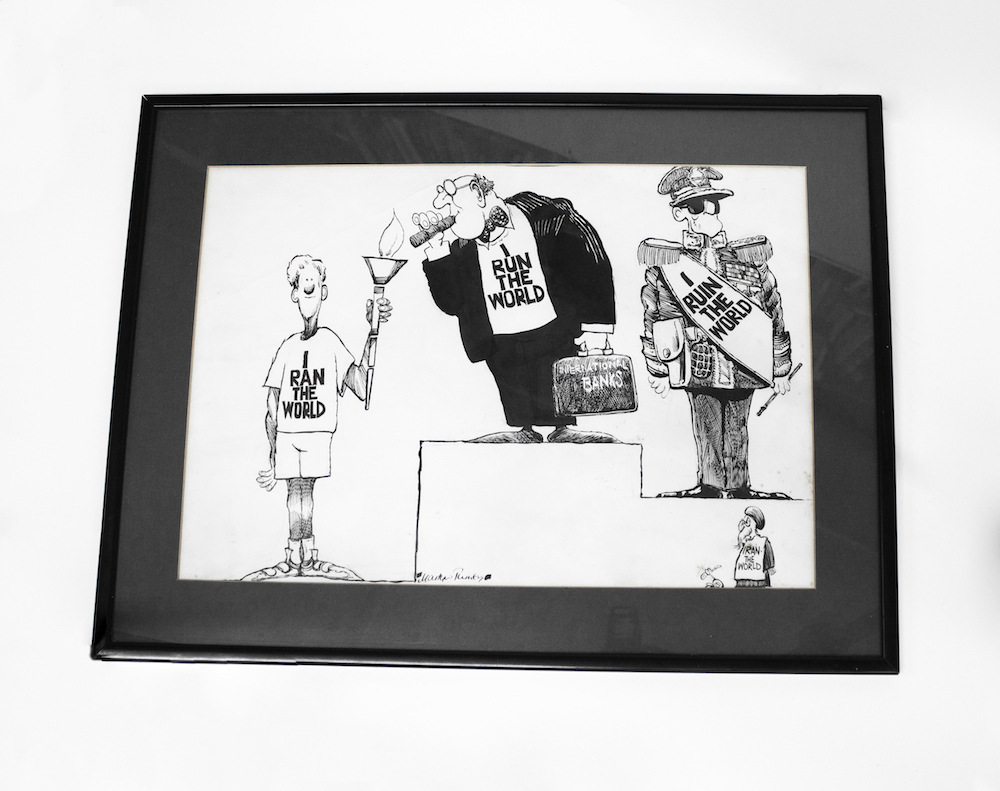 Political cartoons have a lot to say about the state of the world.

They can encapsulate complex issues, different viewpoints and some of the contradictions
that are often part of reality.

They do not simply take sides.

They can be a particularly valuable resource for development education, global citizenship education and to educators to support and engage in awareness activities on global issues.

In this particular cartoon by Martyn Turner, Irish Times editorial cartoonist since 1971, brings a collection of worldviews and perspectives together by inviting readers to consider a ranking exercise: who really runs the world?

Up for debate in 1985, with four men and no women present, we have: an international bank official, a highly decorated military general, an Olympic runner and in the periphery a male cleric with the caption “Iran the World”.

Nearly 40 years later, is this ranking exercise in need of an update or has the picture changed?