Righter of Wrongs no.2 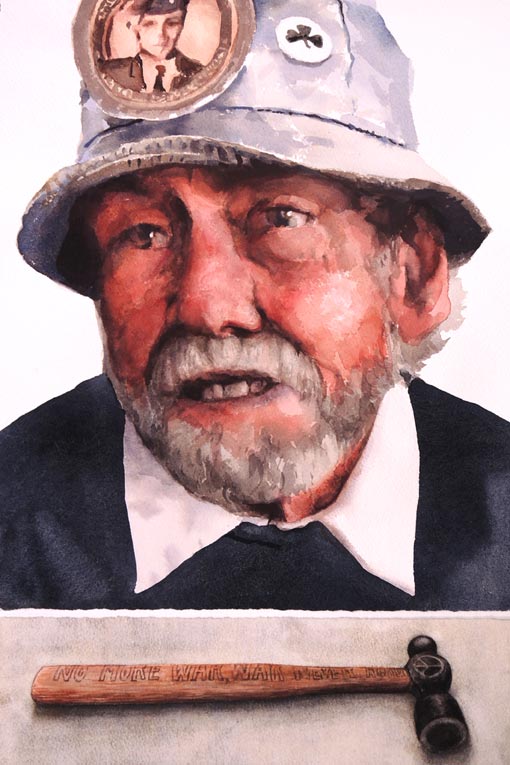 Ireland is a neutral country. We don’t take part in foreign wars but, according to US vice president Mike Pence, we give a warm Irish welcome to US troops “either on their way into the fight or on their way home.”

‘How neutral is that?’, asks visual artist and activist Eoin Mac Lochlainn

The Government of Ireland continues to facilitate the participation of the United States in various wars throughout the world, through enabling US Military aircraft to land and take off from Shannon airport, along with suspected rendition flights. CIA rendition flights through Shannon airport have been highlighted by NGO Shannon Watch, a group of peace & human rights activists based in the mid-West of Ireland.

Active in this fight against use of Shannon airport as a US military refuelling space en-route to/from active war zones, is 74-year old peace activist Colm Roddy, who has been arrested on several occasions for demonstrating on the runway of Shannon airport. Along with Dave Donnellan, he sprayed red crosses on the runway to represent all the innocent blood spilt in these foreign wars.

For more, take a look at Eoin Mc Lochlainn’s blog posts on the subject Trying To Right The Wrongs and Small Hammers to Stop The War from 2019.