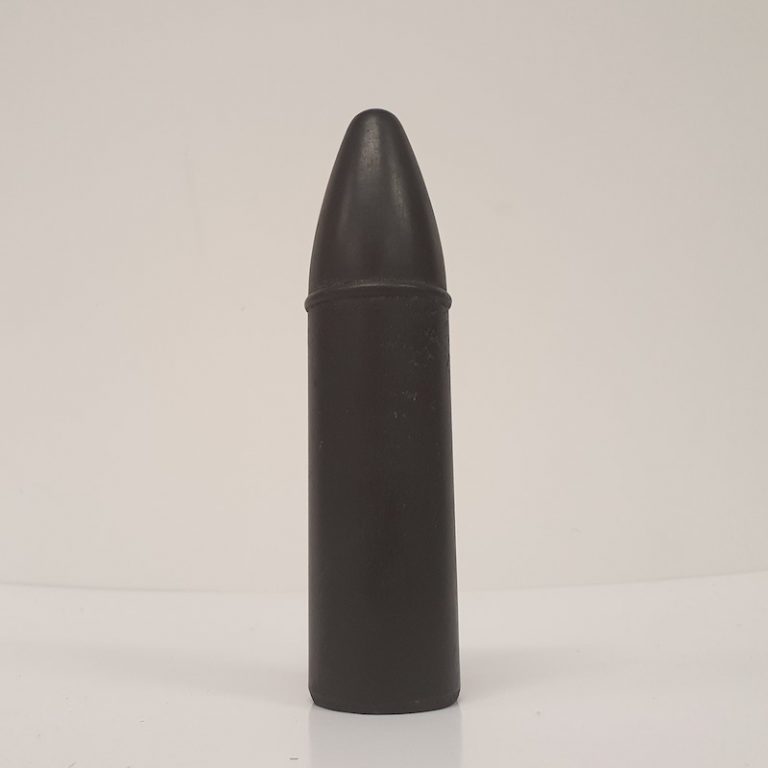 This 37mm rubber bullet, which is roughly the weight of a snooker ball, was recovered following active a skirmish in Northern Ireland in the early 1970s on the Bogside in Derry. Properly known as baton rounds, rubber bullets are bullets either made from, or coated with, rubber or plastic – to cause pain but minimise serious injury.

The principle originated in Singapore in the 1880s, where short sections of broom handles were fired at rioters. Between their introduction in the 1960s and their replacement with the ‘plastic bullet’ in 1975, approximately 55,000 were fired by the Army. As a 10 year old child, Richard Moore was blinded by a rubber bullet fired by a British soldier during the Troubles in Northern Ireland in 1972. He went on to found Children in Crossfire which aims to eradicate poverty and help children in war zones.

Rubber bullets were deployed against South African protesters in the 1980s, and adopted by the security forces of Israel and the Palestinian territories, the United States, India, Chile, Northern Ireland, Switzerland, Turkey, and Nepal.