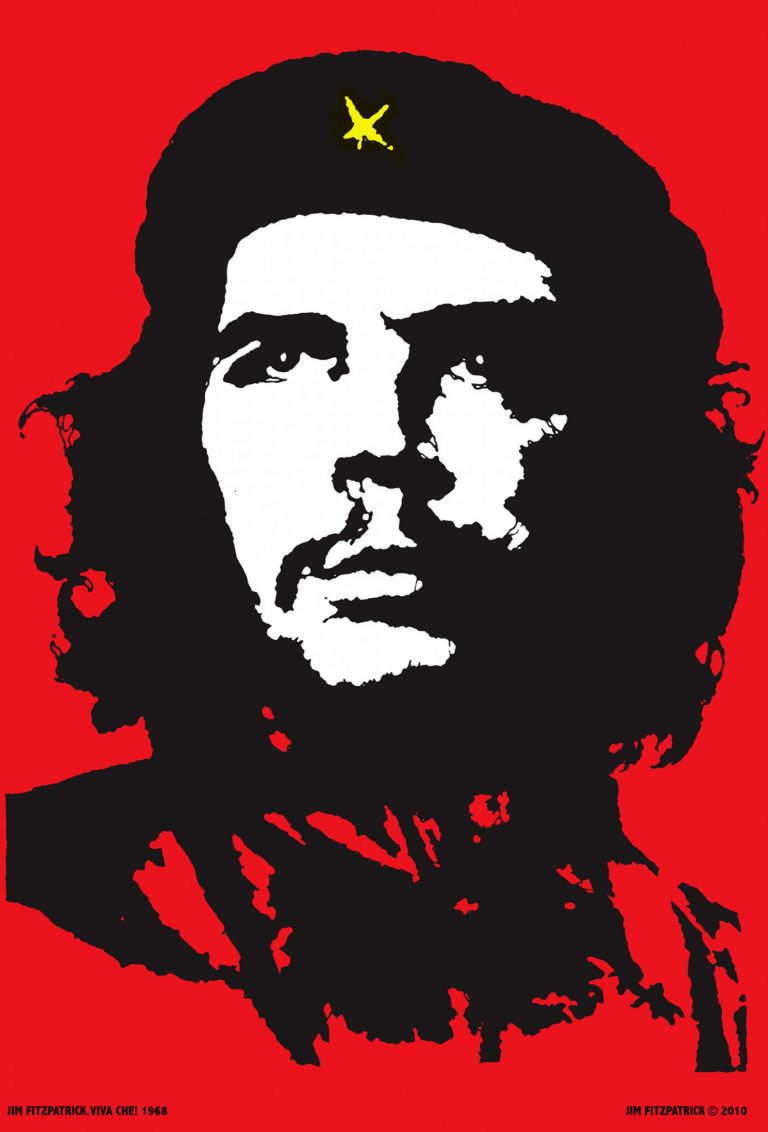 The art of Jim Fitzpatrick has never been less than controversial. His earliest work, the legendary Che Guevara poster of May 1968 published just after Che’s death in Bolivia, became the iconic image of the anti-Vietnam war protests worldwide and today is the symbol of F.A.R.C. in Columbia and the Zapitistas of Mexico in their fight for freedom and autonomy.

“It’s an odd world.” says the artist. “The Che Guevara poster became a worldwide phenomena and caused outrage everywhere it appeared. Because the various posters of Che I produced were based on a photograph by a then unknown Cuban photographer plus the fact that I had met him, idolised him and of course wanted to make sure he was never forgotten I made all the Guevara images copyright free. That’s how it spread everywhere so quickly.

“The reaction was extraordinary. The original poster art and an oil painting I intended using as a print went on tour after being exhibited in the Lisson Gallery in London and guess what? -they both ‘disappeared’ in Eastern Europe where an individualistic idealist like Che was anathema to their corrupt regimes. Reaction in the west was about the same: my distributor in Spain was actually arrested by Franco’s secret police!

“But Ireland was the weirdest: Every shop that stocked the poster was threatened or harassed: in the very fashionable Brown Thomas of Grafton Street, which sold cards and posters in those faraway days, a well-turned out lady bought the entire stock, tore them all to pieces in front of the astonished staff and walked out!

“I remember the late Ms O’Flaherty and Ms King of Parsons Bookshop on Baggot Street bridge, who were great supporters of my art -as they were of every artist and writer in Dublin – getting really upset at the hostility directed towards the poster, which hung proudly in their front window. Despite threats to break their windows they refused to take it down and I was so proud every time I passed that little shop run by two most educated, kind and charming Dubliners who devoted their lives to the artists and writers of this city.”