Irish Call for Justice for Palestine 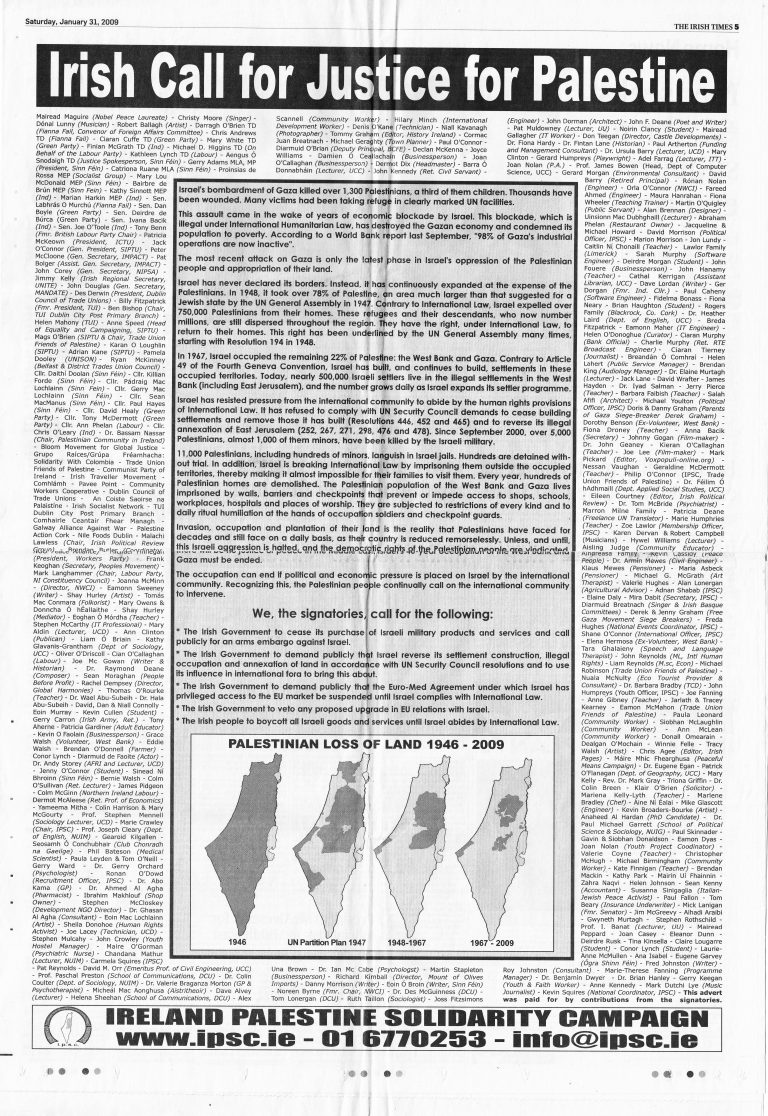 Between 27th December 2008 and 14th January 2009, Israel launched a massive and unprecedented assault on the Palestinian Gaza Strip

During the 22-day attack, Israeli occupation forces killed over 1,400 people, the majority of them civilians, including more than 300 children.

Following the offensive, the Ireland-Palestine Solidarity Campaign published this full page advert – An Irish Call for Justice for Palestine – on page 5 of the Irish Times on Saturday 31st January. It was signed by a large cross section of Irish society, from politicians to civil society organisations to ordinary people. The advert was paid for entirely by contributions from the signatories.

For more, check out the interview with Kevin Squires about this object,  who is national coordinator of the Ireland-Palestine Solidarity Campaign, in a podcast series based on the exhibition.