Menu
Home / Blog / Fighting back against industries of desire

Fighting back against industries of desire 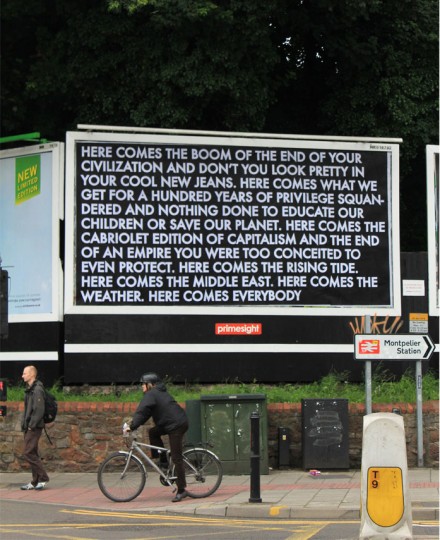 The central message to UK outfit ‘Brandalism’ who exploded onto the British scene in the past few days was in bringing their motto ‘taking the piss with a point’ to billboards up and down the country using guerrilla-style subervtising.

25 artists from 8 countries worked together on a collaborative project by putting up artworks that seek to confront the ad industry and take back the visual landscapes usually dominated by well funded marketing teams usually selling us not just the product itself but increasingly understandings of what it means to be happy, beautiful and successful. Their central message could very well have been:

It is a public exhibition that opens up a conversation on the way that we use the planet’s resources as individuals, what this says about us as society and the psychological assault on the public carried out through invasions of spaces that people work, rest and think. As the Brandalism blog notes,

The UK riots last year were a by-product of poor kids frustrations smashing through this airbrushed reality of expensive trainers, smartphones and branded clothes that were priced out of their reach, they contest. Those in the occupy movements in London and elsewhere wouldn’t disagree, as last year marked the clear rise of the protester and put global inequality squarely on the agendas of civil society groups, governments and on our streets. 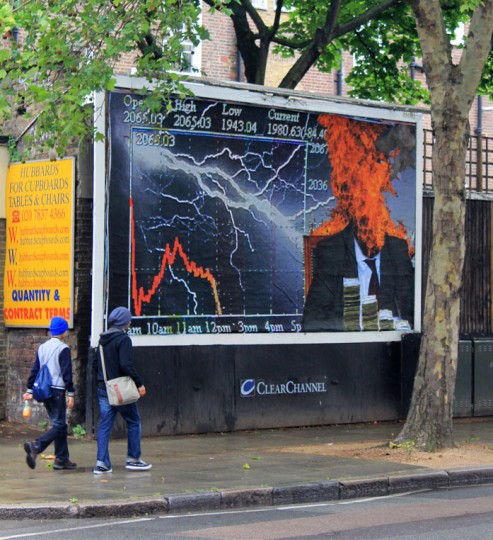 Taking their cue from the likes of Canadian based anti-consumerist magazine Adbusters, Brandalism have been busy ‘reclaiming’ billboard spaces around the UK.

Their direct action approach through creative resistance to the cultural power of the advertising industry has a certain charm to it that we can’t help but take notice of. As you would expect, Brandalism have thought long and hard about the battle for hearts and minds and messages:

Advertising is not about catering to existing needs, but creating new desires. Not only desires, but insecurities as well, because we cannot desire without feeling like we lack something.

The production process for these desires is never achieved within a single advert, it is the accumulation of countless small, subtle messages fed to us every day.

Even if you can ignore them, you can’t avoid them. The average Londoner sees 3,500 marketing messages a day. While one might only pause to scrutinise a few of them, the assertions about what it means to be good looking, sophisticated or respectable are rammed home one after the other through a barrage of images.

In doing so, advertising creates new kinds of people. Rather than the advert describing a product, we are the product the advertiser is making. What kind of people does advertising make?

Here is a selection of some of their work, courtesy of their gallery at www.brandalism.org.uk documenting their exploits in the lead up to the Olympics next week.

On an end note, is it just me or is there a glaring silence from the marketing PS houses to this upsurge in (and very public) resistances to their trade-craft? 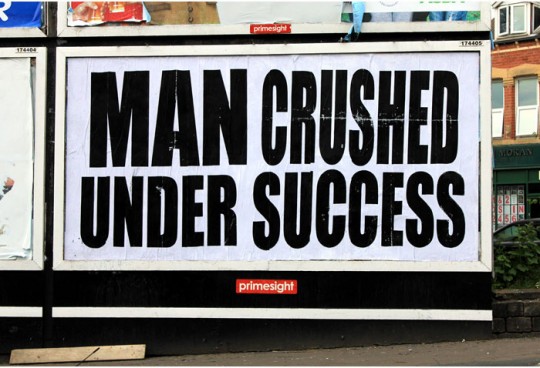 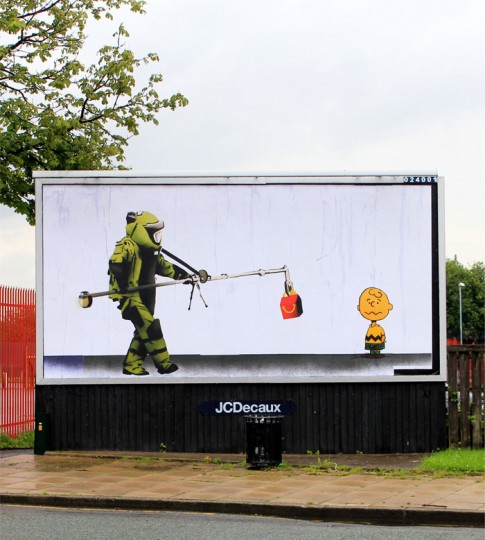 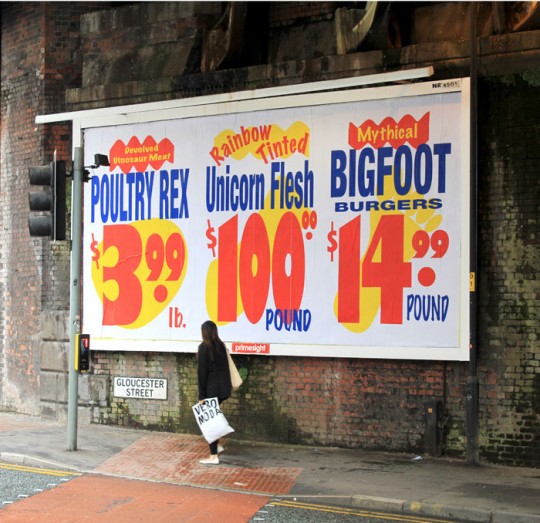 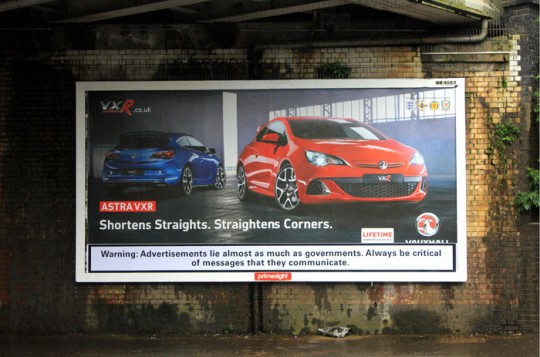 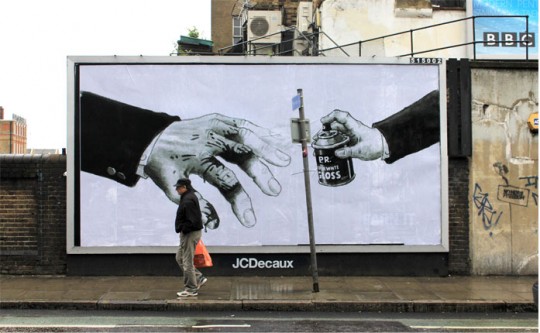 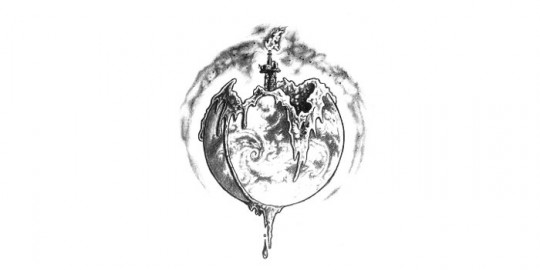