Menu
Home / Blog / How many Africans?

It always was and still is one of the most useful and telling introductory development education activities as it tells us a lot about people’s perceptions of the world.  Imagining a world of 100 people and dividing it percentage wise between key regions and then discussing and debating a given group’s answers (there is always wide variation) can provide for rich pickings educationally. 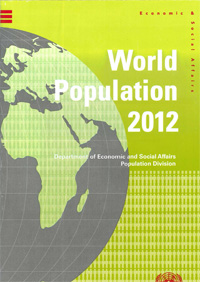 class or group DE session and now the figures can be updated extensively following the publication in June 2013 of the 2012 Revision of World Population Prospects outlining the latest global demographic estimates and projections prepared by the UN Population Division.

With a total world population now of over 7.2 billion, the regional distribution of population in our imaginary world of 100 people is now as follows: Africa 15, Asia 60, Europe 11, Latin America and the Caribbean 9, North America 5 and Oceania <1.

Other highlights of the report include:

2. More than half of the growth between now and 2050 is expected to occur in Africa where population is expected to double, from 1.1 billion to 2.4 billion; the continents population will continue to rise even if there is a decrease in the average number of children per family.

3. India, currently the second most populated country is expected to rival China in size by 2028, with each country having about 1.45 billion people.  After 2030, China’s numbers will shrink to an estimated 1.1 billion by the end of this century while India’s population will reach about 1.5 billion.

4. The population of Nigeria is expected to surpass that of the US by 2050 to become the world’s third most populous country by 2100.  Other countries including Indonesia, Pakistan and the Philippines are set for significant population increases.

5. Some of the most rapid increases are anticipated in the world’s 49 least-developed countries – Mali, Niger, Somalia, Tanzania and Zambia are expected to increase the populations at least fivefold by 2100.

6. Migration from developing to developed countries is projected to average roughly 2.4 million each year from 2013-2050 before dropping to 1 million from 2050-2100. Without this movement, the populations of many European and other developed countries would be expected to decline significantly.

For those wanting to explore many of the issues raised in the report (or to carry out additional, project based research) the basic data file can be downloaded at https://esa.un.org/unpd/wpp/Excel-Data/population.htm It is chock-a-block full of useful and interesting data that can be productively ‘mined’ by students exploring the topic.

For a useful summary of many of the key arguments involved in debating world population growth and its associated challenges, see the This house believes that the world would be better off with fewer people debate from The Economist (2009) and the a detailed focus on population as an indicator of sustainability on the planet from the Worldwatch Institute (2012).

We also have a short section on Debating Population in the Shape of Our World guide (2013) plus our animation on if the world had 100 people before the figures were updated, which are both worth checking out.