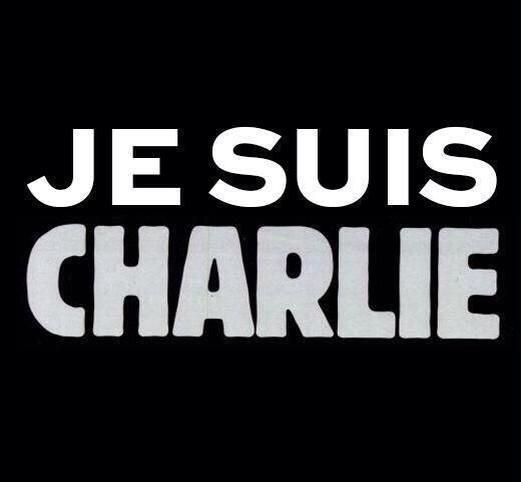 Comments made in the heat of the moment are, usually, thought to be unwise.

Wednesday’s attacks on the Charlie Hebdo offices have produced an outpouring of commentary which ranges from racist, xenophobic rhetoric to thoughtful expressions of disgust (and much else besides, including shocking defences of the attacks).

There are, beyond the instinctive reactions, important tests which these killings present us with.

For Europe this is an opportunity to consider its security and rights agenda. Following 9/11 the human rights and fundamental freedoms agenda in many countries suffered grievously as a result of security-driven legislation and policies.

The way in which European states will react to this attack will give a clear indication of how the human rights agenda will develop in Europe in the next few years.

The attack on Charlie and the killing of its cartoonists is a reminder that freedom of expression is a value which remains under constant threat.

A reduction of civil liberties in Europe in the name of security, or in the name of combating terrorism, would constitute an attack on the freedoms which the Charlie cartoonists so strenuously defended with their mockery of the powerful, the violent, the greedy and the bigoted.

And let us recall that some of the sharpest cartoons published by Charlie Hebdo were attacks on Catholic bigotry and the power of organised religion in general.

The revulsion which many feel at the attacks on Charlie Hebdo is, of course, revulsion at the barbaric killing of innocent civilians. I hope that some of the revulsion is also driven by the fact that these murders attacked the value of freedom to which we should all be rightly attached.

Freedoms are not defended, nor promoted, by reducing them.

This attack is also an opportunity for the Islamic world to consider its own response to the steady tide of violence perpetrated by organisations such as El Shabbab, Al-Qaeda, Boko Haram and ISIS.

It’s clear that these organisations do not reflect in any way the authentic principles of Islam. And yet for many around the world their eye-catching terrorist exploits have become synonymous with Islam.

It’s all too easy to fan the flames of anti-Muslim sentiment in the wake of incidents like the Charlie Hebdo killings. Listening to responses from Islamic community voices across Europe who condemn the actions of extremists claiming to act in the name of Islam is crucial and could possibly go some way in ensuring that there is less space for extremism to flourish.

Europe must also resist forcefully any attempts by fascist parties to use the Paris killings as a rallying point for racist sentiment. Allowing far right parties to exploit the death of these cartoonists would be the ultimate insult to their memory.

Clearly, one needs to examine the root-causes which give rise to terrorist organisations (and address such causes) but that must never condone, mitigate or qualify the evil committed by these organisations.

Religious, political and community leaders must give no succour to terrorism; they need not only denounce these terrorist acts but also conduct grassroots campaigns to persuade their communities that joining terrorist organisations is not a heroic act but merely an evil one.

This is a test for all of us. The test is two-fold.

The first test is whether or not we are willing to accept freedom of expression (and other freedoms) even when such freedoms are used to make fun of our beliefs, acts or ideas.

The second test is whether we can uphold these freedoms without undermining them ourselves. “We are curtailing freedom in order to defend it” is a reaction which we have fallen for many times before.

Passing both of these tests requires courage; the courage many journalists and cartoonists throughout history have not lacked.

In one of his poems Pablo Neruda wrote of a fellow Latin American poet:

“Your voice joined the eternal and loud voice of the men.

You sang well. You sang how it must be sung.”

The cartoonists who were killed yesterday certainly sang their song eloquently. In our response to the Charlie Hebdo killings, will we sing well?