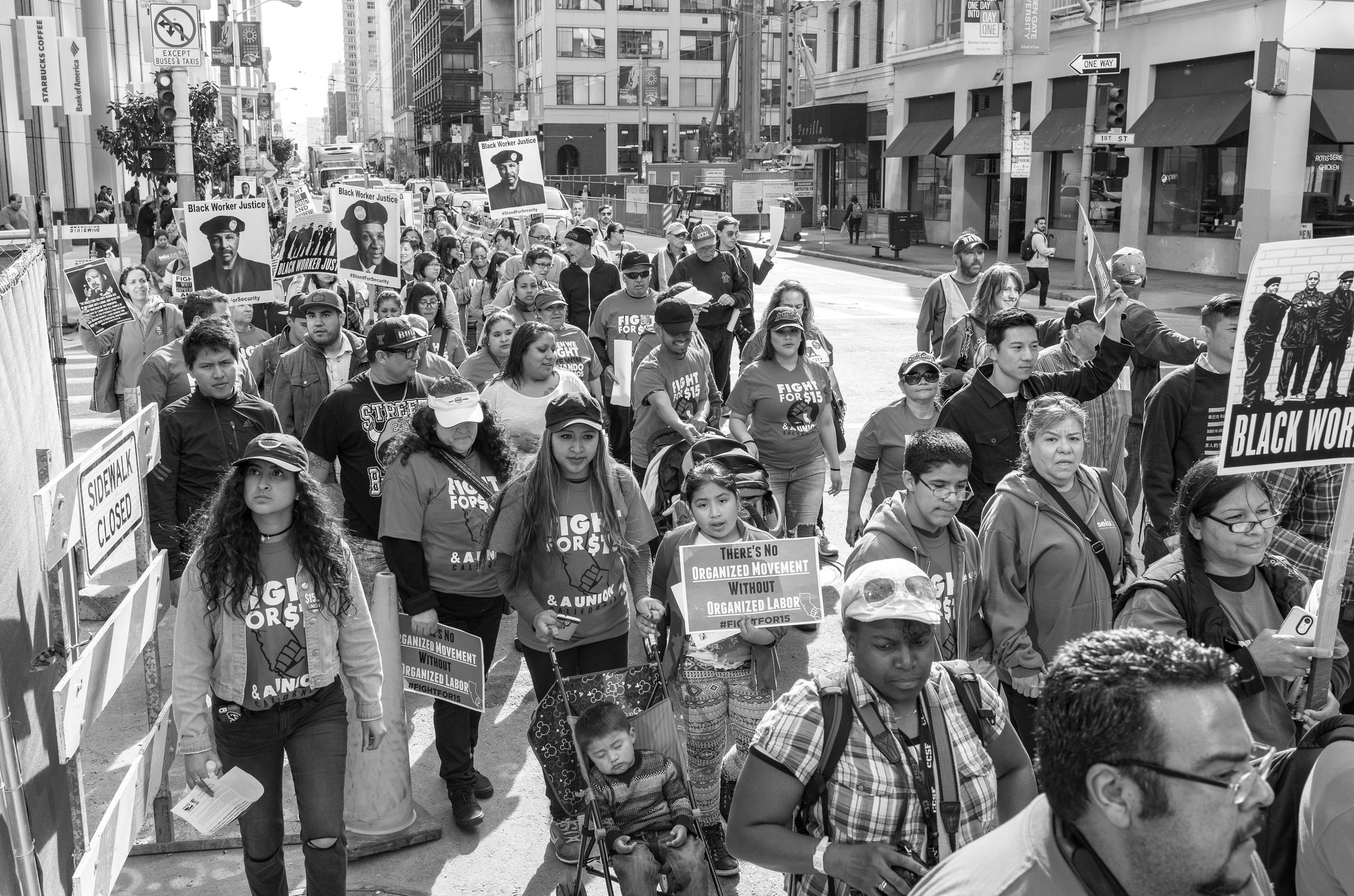 ‘To many millions of American Negroes, the Rev. Dr. Martin Luther King Jr. was the prophet of their crusade for racial equality. He was their voice of anguish, their eloquence in humiliation, their battle cry for human dignity. He forged for them the weapons of nonviolence that withstood and blunted the ferocity of segregation.

And to many millions of American whites, he was one of a group of Negroes who preserved the bridge of communication between races when racial warfare threatened the United States in the nineteen-sixties, as Negroes sought the full emancipation pledged to them a century before by Abraham Lincoln.

To the world Dr. King had the stature that accrued to a winner of the Nobel Peace Prize, a man with access to the White House and the Vatican; a veritable hero in the African states that were just emerging from colonialism.’

These were the opening paragraphs of King’s obituary in the New York Times on April 5th 1968. He is justly recognised as one of the key architects of civil rights, not just in the United States but also internationally.  The mere mention of his name conjures up the DNA of rights campaigning, of the key role of struggle for rights, of the vision of a better world devoid of the bile and hatred of racism and the image of a movement and of thousands and thousands of people marching for this.  The relevance of his message, the movement he led and the values he was so passionate about becomes all the more prescient in these times of willfully incited hatred and racism in Europe.

Martin Luther King’s ‘I Have a Dream’ speech is considered to be one of the most iconic political speeches of all time:

King is less known for his work in development education yet many commentators have highlighted his words, activities and impact on the poor and oppressed of the world beyond the US.  King’s ‘global vision of justice’ has been outlined in detail in a book In a Single Garment of Destiny edited and introduced by Lewis Baldwin (2012, Beacon Press, Boston).  To quote King in 1964 (from the book):

‘…it would also enable everybody to understand that we are clothed in a single garment of destiny, and whatever affects one nation directly in the world, indirectly affects all.’

The book contains almost 200 speeches, letters, statements and letters from King on a vast range of topics from Apartheid to colonialism, the ‘octopus of poverty’, non-violence, the Middle East, Vietnam, religion and liberation to Gandhi and Nehru.

‘The well-off and the secure have too often become indifferent and oblivious to the poverty and deprivation in their midst.  The poor in our countries have been shut out of our minds, and driven from the mainstream of our societies, because we have allowed them to become invisible.  Ultimately a great nation is a compassionate nation.  No individual or nation can be great it does not have a concern for the ‘least of these’.  (1967)

‘My study of Gandhi convinced me that true pacifism is not nonresistance to evil; but nonviolent resistance to evil.  Between the two positions, there is a world of difference… Let each of us go away this evening (King was addressing a 1959 meeting in New York of the War Resisters League) with a new determination to stand against the evils of our day.  The challenge is here.  To become the instrument of a great idea is the privilege that history gives only occasionally.’  (1959)

‘One of the great liabilities of history is that all too many people fail to remain awake through great periods of social change.  Every society has its protectors of the status quo and its fraternities of the indifferent who are notorious for sleeping through revolutions.  But today our survival depends on our ability to stay awake, to adjust to new ideas, to remain vigilant and to face the challenge of change.  The large house in which we live demands that we transform this worldwide neighbourhood into a worldwide brotherhood. Together we must learn to live as brothers or together we will be forced to perish as fools’. (1967)