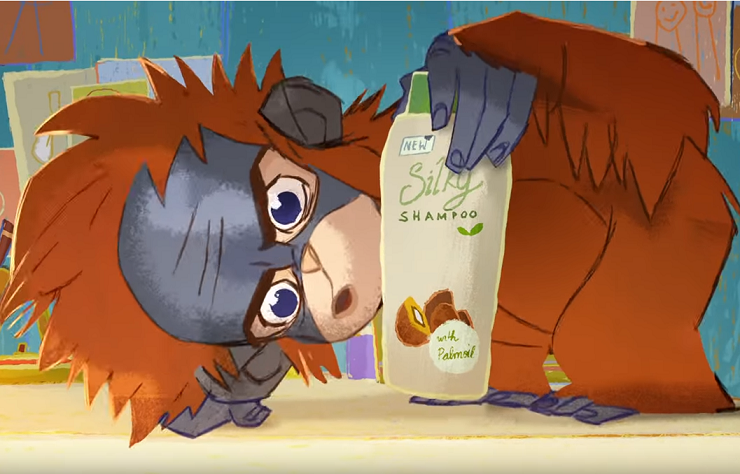 ‘You won’t see our Christmas advert on TV this year. But we want to share our ‘No Palm Oil’ story with you this Christmas’ – Iceland Foods

Iceland’s Christmas campaign – by the food company, not to be confused with the country – has been banned from TV because it has been deemed to breach UK political advertising rules.

As part of its festive campaign the discount supermarket struck a deal with Greenpeace to rebadge an animated short film featuring an orangutan and the destruction of its rainforest habitat at the hands of palm oil growers.

Earlier this year, Iceland became the first major UK supermarket to pledge to remove palm oil from all its own-brand foods. Habitat loss in countries such as Malaysia – a major global producer of palm oil – has contributed to the orangutan now being classified as critically endangered.

The advert surpassed 3.1m views online, and is growing.

“We wanted [the Greenpeace film] to be our signature campaign,” said Richard Walker, son of Iceland founder Malcolm Walker, who has led Iceland’s switch to environmental campaigning. “We have said repeatedly we are not anti-palm oil, we are anti-deforestation.

“We think this is a huge story that needs to be told. We always knew there was a risk [the clip would not be cleared for TV] but we gave it our best shot.”

Are Unilever, Mondelez and Nestlé listening and watching the public response to deforestation, habitat loss and supply chain responsibility?

Whether the advert is aired on TV matters little at this stage. The campaign, the video and palm oil supply chain issues have all been catapulted into the spotlight in a marketing win for Iceland and Greenpeace, shown by the attention the notoriety the company and NGO partnership has picked up in the last few days which has gone well beyond the UK as picked up in stories in RTÉ News, Forbes, New York Times Post, Euronews, the Irish Independent, The Conversation, BreakingNews.ie, The Morning Star, MumsNet.com, BBC News, ITV News, USA Today, Daily Telegraph, The Independent and more.

Catch the full story on the ad ban on The Guardian. and check out the Greenpeace petition Drop Dirty Palm Oil.