We don’t need more distorted perceptions of the Middle East, thank you very much. 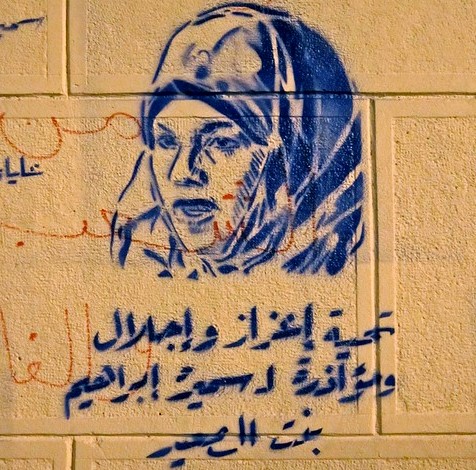 Debating societies are more than simply training grounds for public speaking. Ghalya Farahat looks back on a debate about feminism and the Middle East in Trinity College Dublin a year ago and shows how influential student activities can be, even when driven by cliché and stereotypes.

Coming from Syria and as the only Arab woman in my course, I was bombarded with several questions upon my arrival to college. Not only was I very blatantly asked about my political stance on the civil war (‘who do you support?’ ‘Who do you think is to blame?’ etc.), but more surprisingly I was asked whether I was looked down upon for not wearing a headscarf and whether it was true that most men were married to four women at a time. At the time, I rolled my eyes, laughed and brushed it off.

Over time I realised that those weren’t simply trivial throwaway comments but rather a common encounter for me and how women from the Middle East are seen.

This isn’t to say that everyone I encountered has no knowledge of the region, in fact some had more knowledge than I did. My main concern was with the students who a) had no particular interest in reading or learning about that part of the world and b) took in snap-shots of information from varying sources without questioning their validity and reliability. We often think of the production of knowledge as one that is transferred through legitimate and official channels such as educational institutions and research papers. Channels that are less obvious but arguably just as or even more impactful are those that are not so set in stone and direct.

I’d like to argue two points – the first, being that we underestimate the effect of the manner in which we phrase things as crucial in all contexts ranging from the news and the media to debating motions. What we say – or don’t say – and the choices of words we use can hide, reveal, distort or amplify how we understand an idea.

The second point, is that social institutions such as student societies – especially when students are vocal and active within colleges – are disregarded as crucial informal sources of ideas and perspectives active in framing viewpoints within a particular community. We rarely take a moment to weigh up as a thought experiment the influence of, say, an academic study on Neolithic cave art compared with an archaeology society’s summer school led by undergraduates.

Recent events in Trinity College’s Philosophical Society are a case in point. The motion ‘The House Believes that Middle Eastern Women Need Western Feminism’ was contested by a number of students in September last year and was subject to a barrage of complaints received by the Students’ Union Ethnic Minorities Officer, resulting in the cancellation of the debate. In an official statement issued by the society they stated their misunderstood intention:

“We essentially wanted to discuss the differences between forms of feminism throughout the world, as opposed to pitting two groups against each other, in a way which alienated the women we were seeking to give a platform to.”

The PhilSoc seems to have learned its lesson from charging ahead to engage with artificial shadows lodged within debates motions, entirely removed from other people’s lived realities and instead has walked out of Plato’s cave and into the actual world to join the rest of us.

Racist institutions still do exist in the world today and are not part of an abstract memory that has ceased to exist. The issue arises when ‘hypothetical’ arguments indirectly (and in many instances, directly) act as conduits for deepening stereotyped ideas and images in the real world.

To start with, the first impressions, the imagery and the direct association of a sentence that is worded in a certain way with commonly held beliefs and stereotypes. Framing the debate in that manner implies that the ‘norm’ or most commonly held belief is that Middle Eastern women, do, in fact, need the salvation of Western feminism. Those who have no particular interest in those topics may read the motion and immediately be drawn to an image of a ‘savage’, ‘uncivilized’, Middle-East.

We don’t need more of that.

We don’t need more distorted perceptions of the Middle East, thank you very much.

Several feminist movements have been and continue to be some of the most influential ones in the region, such as the Moroccan Women’s Movement that has existed since the 1940s. Newer ones that have emerged due to the political instability in the region include the Syrian Women’s Political Movement which held its first conference in October 2017 with the vision of working towards future national reform of gender equality and increased female participation in all aspects of society. But since we clearly don’t have the time to discuss these efforts that have been made, let’s go back to stereotypes.

While I think that the entire motion is an inappropriate and derogatory one, if it was phrased as ‘This House Believes That Middle Eastern women do not need Western Feminism’, it still would’ve had an impact on the initial reactions that students would have had, both the ones who choose to attend and more importantly those who decide to not.

Although many argue for the platform for free-speech that debating societies provide, where both sides of motions are explored, debating societies still do not necessarily include or invite a range of diverse experiences into the debates process, such as ones that raised concerns by Middle Eastern students in this case.

University students in Western campus’ (Ireland, Europe, the US, Australia etc.) are in privileged positions to access information, challenge ideas and have a responsibility to dig into the detail and do their homework. Take an issue such as feminist struggles across the Middle East, both recent and historical – who can speak more directly about an issue than someone who has lived it, struggled for it, day in, day out?

As a Middle Eastern woman who acknowledges the fact that our feminism needs to progress further, feminism in the Middle East shouldn’t be the object of a knee-jerk 2-hour debate motions which ignore current feminist debates and pit feminisms against each other in a zero-sum game of an ideal ‘model’ of feminism above others.

I imagine this isn’t the Philsoc’s first rodeo to seek public debating notoriety. The lack of foresight on thinking about the implications the motion would have on reinforcing and solidifying some of the major stereotypes that already exist and continue to be reproduced through discourse is a problem. Not everyone sees ‘student debates’ as appropriate places where speaking skills are practiced; not everyone acknowledges that whatever conclusion the students come to have little or no implication to the real world. Reaffirming that the West is a leading example that the rest of the world must follow is a fairy-tale that continues to be retold and is reinforced by hugely influential institutions such as news outlets, to smaller yet still hugely impactful ones like debating societies.

It’s truly frustrating to see the student defenders of free-speech entirely missing the point of why this debating motion and the setting in which it would have been carried out stigmatizes the Middle East even further through selectively providing platforms to those with incomplete information who will inevitably reproduce and solidify this stigma.

By way of a conclusion, I would like to offer a few alternative motions that would have led to similar themes for discussion without marginalising and enforcing stereotypes on a certain group:

Ghalya Farahat is a graduate in politics and sociology from Trinity College Dublin and a contributing writer with developmenteducation.ie