The world outside of the classroom is a lively place.

Over the course of many years my 5th class in Clonburris National School,  Clondalkin, has always been interested in bringing this outside world filled with human rights and themes, issues and debates such as fairtrade in the context of the developing world into our class. As a result of this the chance to take part in Irish Aid Our World Awards on an annual basis has become a regular calendar fixture for my class.

The Fairtrade ethos of quality, sustainability and fairness in the Fairtrade minimum price and premium to workers and farmers and particularly as it related to notions of solidarity and standards setting appealed to us as a group.

The campaign to have Fairtrade status conferred on Clondalkin began in February 2013. The process, once initiated, took 12 months. Fairtrade Town status was conferred in 2014

As an active Fairtrade Town we raise awareness of Fairtrade, encourage businesses and  schools in the town to promote/use Fairtrade products, speak to local primary and secondary schools

Case study: the campaign to get Fairtrade status for Clondalkin

“People will not listen to us because we are young”

Our campaign to get Fairtrade status conferred on Clondalkin involved a range of activities. This included:

Involving students in the design, delivery and public engagement work of the project, including:

One student involved in the campaign went on to say, “Even though we are young, we can change the world”. 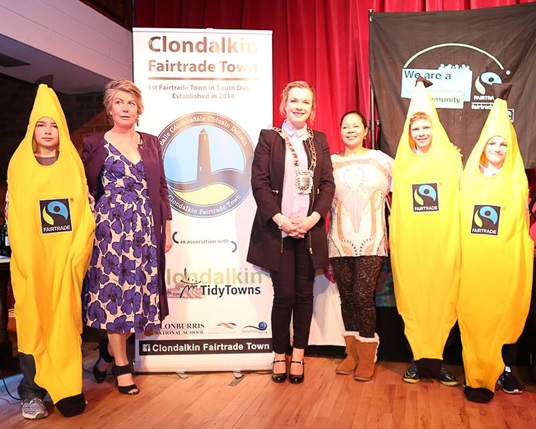 Successes and challenges of the campaign:

One of the great aspects of Fairtrade Fortnight is meeting with farmers from Fairtrade co-operatives and listening to their stories, the impact and “the power of you” can really be understood. It is very rewarding to welcome them into our communities.

There are many ways to tally success by measuring the impact of the campaign. For us, this included:

The campaign continues as the Clondalkin Fairtrade Town Committee petitions to seek installation of permanent signage to be on public display recognising the Fairtrade Town status.

@KerenJackson1 You are a powerful force for good, what a wonderful speech, well done pic.twitter.com/ebSG2vzWU5

Amnesty International ‘Wire’ article on human rights education and the Clondalkin campaign, ‘We did not think people would listen to us’: 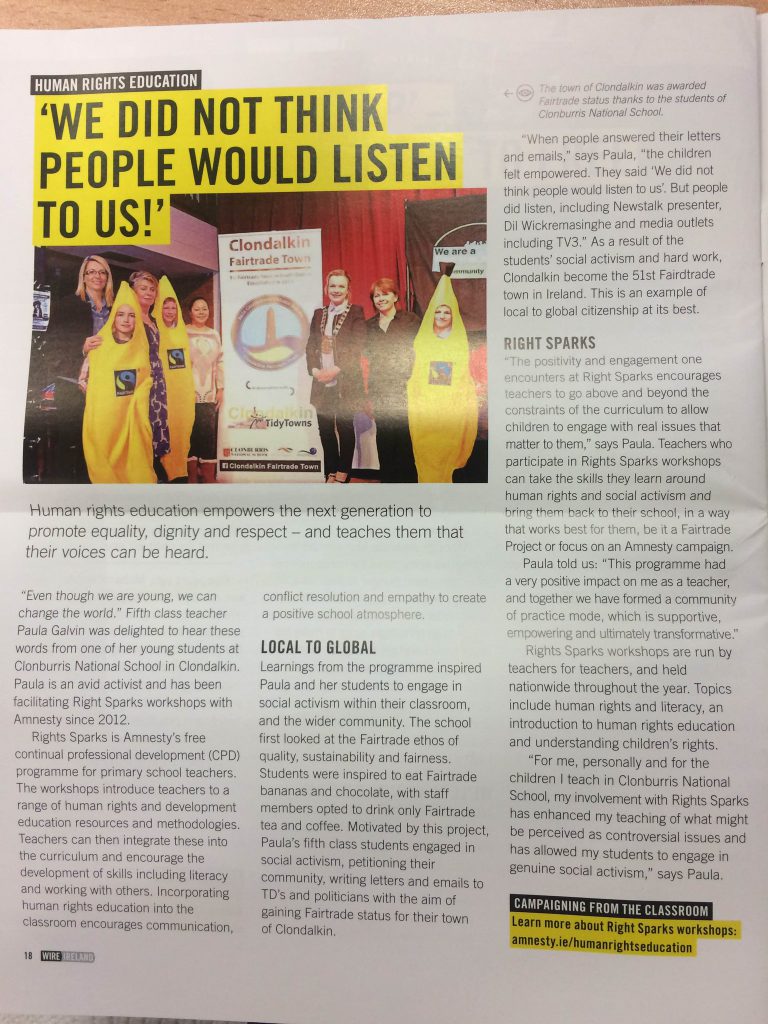