SKOP, the Maltese Development NGO Platform worked with a group of young people from across the Mediterranean to highlight the role of young people in addressing issues such as climate change and migration. In association with the Times of Malta newspaper, they published an 8-page supplement on these issues. 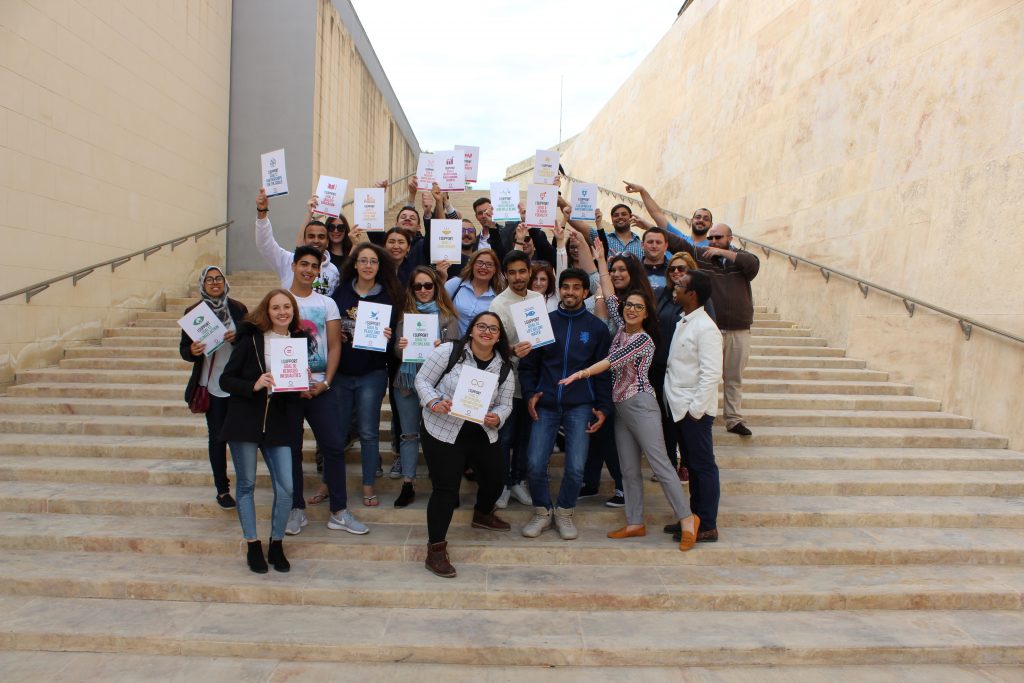 The supplement was developed as part of the project ‘E4C – Educating for Change: Capitalising on the EU Presidency in Malta’ to raise awareness of Agenda 2030, implemented by SKOP and co-financed by the European Commission and the Ministry for Foreign Affairs of Malta. As part of this project, a workshop was organised in Sannat, Gozo for all participants (from 17 countries of the Euro-Mediterranean region) to discuss and debate the issues and their underlying patterns and challenges.

A draft statement from the workshop was prepared and presented to a larger conference held in Sliema in Malta. The supplement was then developed to take the debate and the statement to a wider public audience.

The supplement was then made available to all SKOP members to use in their own education work with a range of diverse audiences.

We initially organised a 3-day workshop consisting of group discussion and debate on the issues and on the role of young people; this was supported by two facilitators (one from Bangladesh and the other from Ireland) and a team from SKOP. Stimulus inputs were also included from activists on migration (including a migrant organiser from Somalia) and on climate change.

The format of the workshop maximised small group discussions and work followed by whole group debate and then back to smaller group, increasingly focused discussion and drafting. The workshop was also stimulated by a photographic exhibition Islelanders (a photographic art project, based on Darrin Zammit Lupi’s experience as a photojournalist, documenting the lives of asylum seekers and migrants) and the #heroes4SDGs campaign

The focal point of the workshop was the drafting and negotiation of the youth statement (see the supplement for details) highlighting the desire of young people to be consulted and involved in these issues despite their ongoing effective exclusion. A smaller editorial group took responsibility for drafting the various editions of the statement as it emerged from discussion. This process maximised the number of participants directly involved at many levels – drafting, negotiating, designing, editing and publicising. 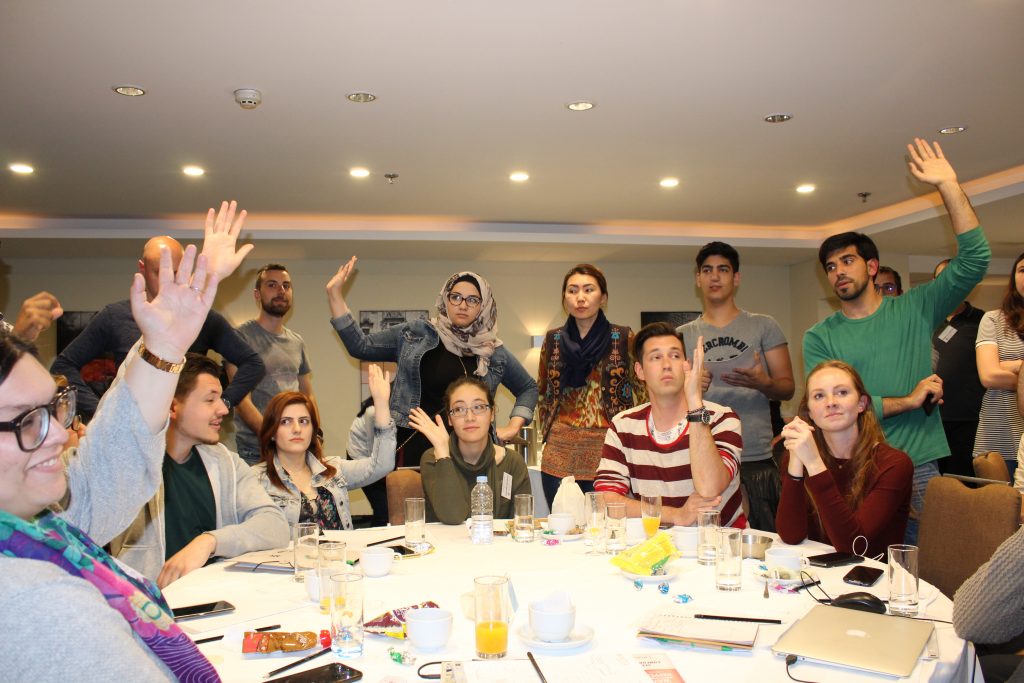 A number of participants expressed their satisfaction with the process in evaluations as it was a first for them and it encouraged them to engage further; two comments from the evaluations:

‘You just should put joint (Joint Statement) with caps, because that was the key thing, we together learnt so much, by sharing what we know everyone came back “smarter” that it was week before.’

‘I have definitely learnt more about the topics of migration and especially climate change. I have also gained adequate information on how to deal with these issues in real life, especially on a personal level. As someone who is not involved in politics, approaching policy makers and politicians in an appropriate way is now clearer to me.’

‘I learned a lot on the real dimensions of the factors that cause CC. It was astonishing to be introduced to the concept of food waste, and how we do it without thinking about it. After the conference, I started to behave as a responsible consumer or a “day-to-day activist”

A second point of focus was on the values base of such an approach highlighting common principles and challenges across the 17 countries represented. A larger conference involving a broader NGO and youth sector audience was then convened in Malta (93 participants, including then Minister of Foreign Affairs George Vella) to present and discuss the statement and to explore opportunities for greater youth participation around issues such as these.

Again, a smaller editorial group was convened to develop the draft text and illustrations for the supplement and to engage with editorial and design staff in the Times of Malta to prepare the supplement.  The group negotiated the content and style of the supplement and then circulated it for comment and approval among the larger group.  All participants from the Sannat workshop were invited to contribute directly and these inputs can be seen the attached final supplement.

In this way, perspectives from across the Euro-Mediterranean region were included alongside one from our Bangladeshi facilitator Anas Ansar and from Ahmed Bugre (Director, Foundation for Shelter and Support to Migrants, Malta), one of our stimulus speakers. 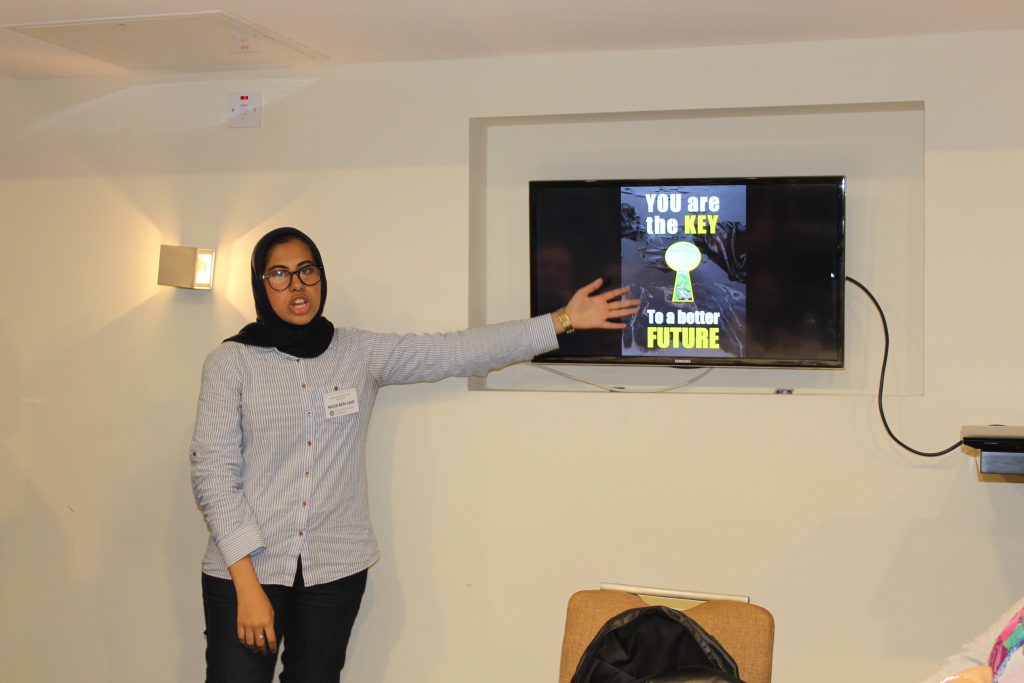 The evaluations and feedback on the project suggest that we achieved one of our key aims – involving young people across the region in effectively discussing and debating the chosen topics.  We also succeeded in getting participants actively engaged in developing the youth statement as well as in contributing to the supplement.

A specific dimension of the success of the project was its timing as part of the EU Maltese presidency – young people had profile, their statement was covered in the media, issues such as climate change and migration were highlighted in the Presidency context and there was direct interaction with politicians, NGOs and youth structures on the issues.

We succeeded in engaging with the main English language newspaper (and the main paper of record in Malta) and in opening up an interest in future collaboration between SKOP and the paper.

It is still too early to assess whether our work contributed to the thinking and agendas of SKOP member organisations and whether the supplement will be taken up and used by broader audiences engaged in development education.  However, individual participants used the event, the statement and the supplement in wider EU youth for a; follow up inputs and discussion are planned with the Agenzija Zghazagh (Maltese Youth Agency) at a youth event in October and additional SKOP events are now planned for the University of Malta in September.