IF you were asked to think about high density urban living in cities across the world, what would normally come to mind? Toni Pyke introduces a new series exploring the daily struggles and global realities of informal settlement living.

Residents create homes, culture and community life in the most adverse circumstances. Streets are named, houses numbered, residents’ associations formed, community centres and schools built, and shops and services established. It is the resilience and capacities of these communities which must be liberated if the 2030 sustainable development goal is to be realized through inclusive, resilient and sustainable human settlements in line with the New Urban Agenda.

If you were asked to think about high density urban living in cities across the world, what would normally come to mind? I’m guessing that this would conjure up images of slums, ghettos, shantytowns, favelas, townships, or other similar labels.

Today, the internet and social media are awash with images, videos, books, articles, opinions and so on about ‘slums’ and the populations who find their home there. If you so wish, there are also ‘slum tours’, which enable the ‘tourist’ to satisfy their curiosity and directly observe life in a slum, at least from an outsider’s perspective. ‘Slumming’ as it’s called, is also not a new phenomenon, where as early as the 19th century slum tours were already operating in the major cities of the industrialising world including London and New York.

The question of high density living in cities (and now megacities) across the globe has been the subject of much consideration since the ‘West’ began to industrialise, or deindustrialise as in Dublin’s case. In the city of Dublin, slum living has been well documented. A census undertaken as early as 1798 (published in 1805) by the Rev. James Whitelaw, titled An essay on the population of Dublin, documents situations of overcrowding, poor sanitation and poverty that is reminiscent in many of today’s ‘slums’ across the globe.

According to World Bank estimates, more than half of the population on this planet and 80 percent of all economic activities are concentrated in the rapidly expanding cities throughout the world. The world’s urban population is anticipated to rise to 6 billion people, increasing the number of urban residents to 68 percent by 2050.

6. In China, 50 per cent of GDP is generated along coastal urban areas, which represents 20 per cent of the country’s territory (World Development Report 2009)

7. At the close of the Millennium Development Goals in 2015, some 4 billion people – 54 percent of the world’s population lived in cities. This is expected to increase to 5 billion by 2030

9. Rural areas have reached their maximum population and will begin to shrink after 2020, resulting in cities accounting for all future world population growth, which is expected to peak to 10 billion by 2050 (Davis 2006)

The explosion of urban expansion

The economic significance of urbanisation is demonstrated in its contribution to generating GDP. The economic and social benefits of cities lie in the greater opportunities for education, employment, access to health services, access to technology, improved transport systems, economies of scale, etc. A working paper on the Effects of urbanization on economic growth and human capital formation in Africa shows that countries that have an urban population below 20 percent have the weakest GDP per capita as compared with countries that have over 60 percent.

A major challenge however is the rate, pace and scale of contemporary urban expansion. Preparing for and addressing the challenges posed by rapid urban expansion is critical to supporting the inevitable process of urbanisation. This is clearly evidenced in Ireland’s recent rapid urban phenomenon, which is contributing to a whole host of challenges, including meeting the surge in demand for affordable housing, useful and affordable transport systems and other basic infrastructure and services such as schools, healthcare, jobs, etc. These issues are particularly relevant for the nearly 1 billion urban poor who live in and continue to relocate to informal, high-density settlements to be closer to education, income-earning opportunities and livelihoods. If unaddressed, this will impact on GDP as witnessed in some Latin American cities, where poor or inadequate infrastructure is estimated to have reduced urban economic output by 10 to 15 percent. 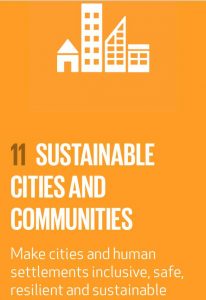 A major challenge for the future and sustainability of development is recognised and listed in the Sustainable Development Goals under Goal 11: Sustainable cities and communities – make cities and human settlements inclusive, safe, resilient and sustainable. The UNDP estimate that some US$57 trillion will be needed by 2030 to accommodate current rapid urban expansion.

The reality today is that some 700 million residents living in high density urban areas have little or no access to adequate sanitation or safe drinking water which can lead to a variety of communicable diseases.

A planet of slums?

“The earth has urbanized even faster than originally predicted… In 1950 there were 86 cities in the world with a population of more than one million; today there are 400, and by 2015 there will be at least 550.2”. 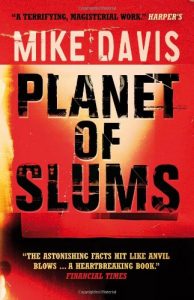 The rapid rate of contemporary urbanisation added to the lack of appropriate, flexible and speedy infrastructure is contributing to the rise in informal settlements, often referred to as ‘slums’, shantytowns, favela’s, ghetto’s, or townships.

The UN-HABITAT Slum Almanac 2016-17 reports that there are some 1 billion people living in slums throughout the world – that’s “one in eight people”. Many of the world’s slum residents are concentrated in developing countries. According to Davis, some 6 percent of urban dwellers live in ‘slums’ in developed countries, while 78.2 percent of ‘slum’ dwellers are concentrated in the least-developed countries.

As part of the Living Between Trains and Drains series, we highlight some of the issues linked to high density urban living in the city of Kampala in Uganda. But before that, a note on the implications of terminology, or labelling. 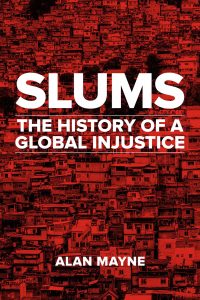 “No they don’t want their photographs taken”: Alan Mayne’s book Slums: the history of a global injustice highlights the ‘injustice’ in our perceptions of ‘slums’ and those who live in them and questions the policies and actions undertaken – and unquestioned – to meet the UN MDG goals and targets to improve the lives of slum dwellers. This includes what he reveals as the ‘interventions, evictions and forced demolitions… in the name of poverty eradication’. For Mayne, the language used to highlight and describe situations of what he calls ‘social disadvantage by governments, agencies, NGOs, academics, mass media etc., is ‘unhelpful’, ‘deceitful’, perpetuates stereotyping and in the case of the word ‘slum’, ‘misrepresents the complex realities of urban social inequality’.

Mayne outlines 6 ways in which the word ‘slum’ and all its historical baggage, misrepresents contemporary urban poverty:

Mayne finds that in its historical sense, the word slum can legitimately be used to describe how “a misconception came about and has spread across the world…but the word cannot be used social disadvantage in modern cities”.

He quotes alternative UN terminology (although reminds us that the UN continues to utilise the word ‘slum’) including: ‘urban poor communities’, ‘poor urban settlements’, ‘informal settlement’, ‘low-income settlement’… “we do not need a single master word that overshadows diverse conditions, livelihoods and developmental pathways”.

In the next part of this series, we focus on issues of high density urban living in Kampala, Uganda.

The Living Between Trains and Drains series explores the day-to-day realities of high density urban living with a focus on the city of Kampala, Uganda.