Loreto Bray Peace and Justice Group, 80:20 Educating and Acting for a Better World

A central idea to the posters by the students and project team, on exhibition at the launch event in Bray Library in Co. Wicklow, spoke in celebration of past achievements in the women’s rights movement and in protest when comparing them to similar and ongoing daily struggles experienced in the lives of women and girls in today’s world.

Actions, not words; four stealth bombers greater than or equal to the annual cost of ending maternal mortality?; the gender pay gap; education and ‘the girl effect’ – a sample of some of the most important issues for girls and women raised by the group in the poster work discussions and exercises. 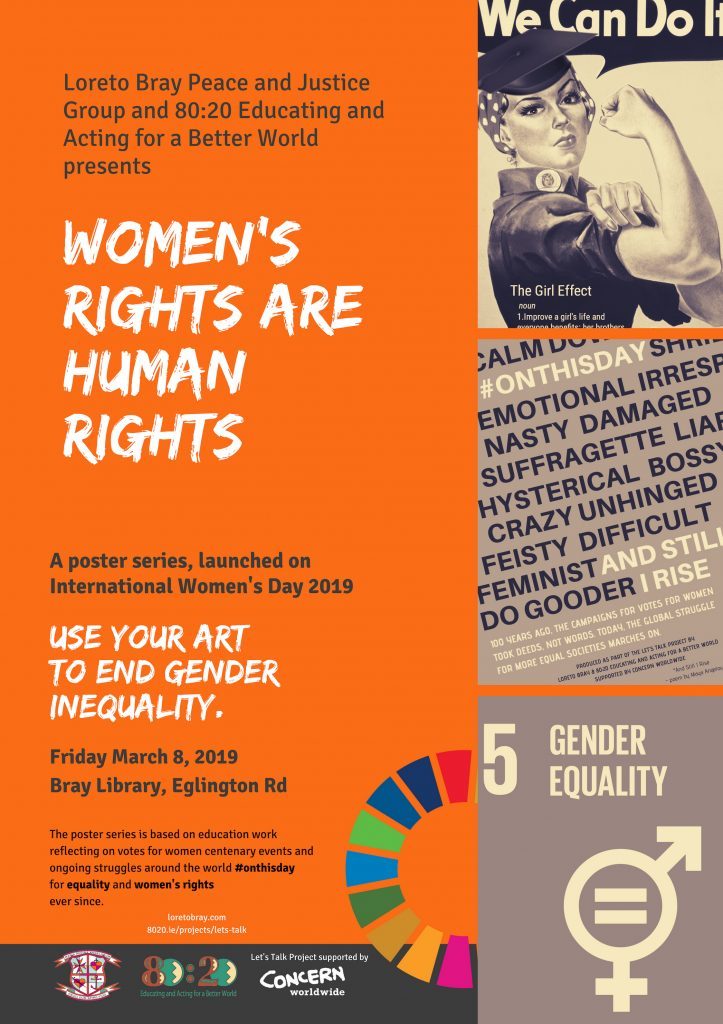 In developing the Use Your Art to End Gender Inequality posters the Peace and Justice group marked the centenary year of suffrage activities and commemorations as reference points for young people, particularly girls, to: 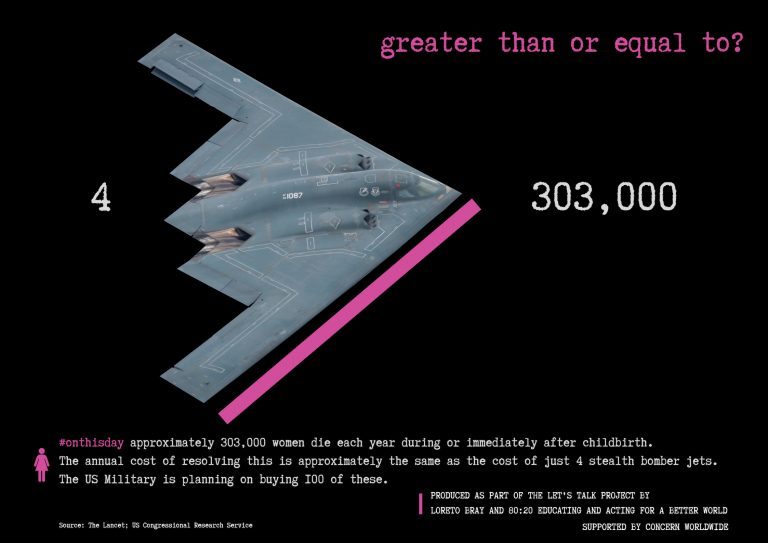 Participants were involved in a range of cluster group activities over a 17 month period, including: 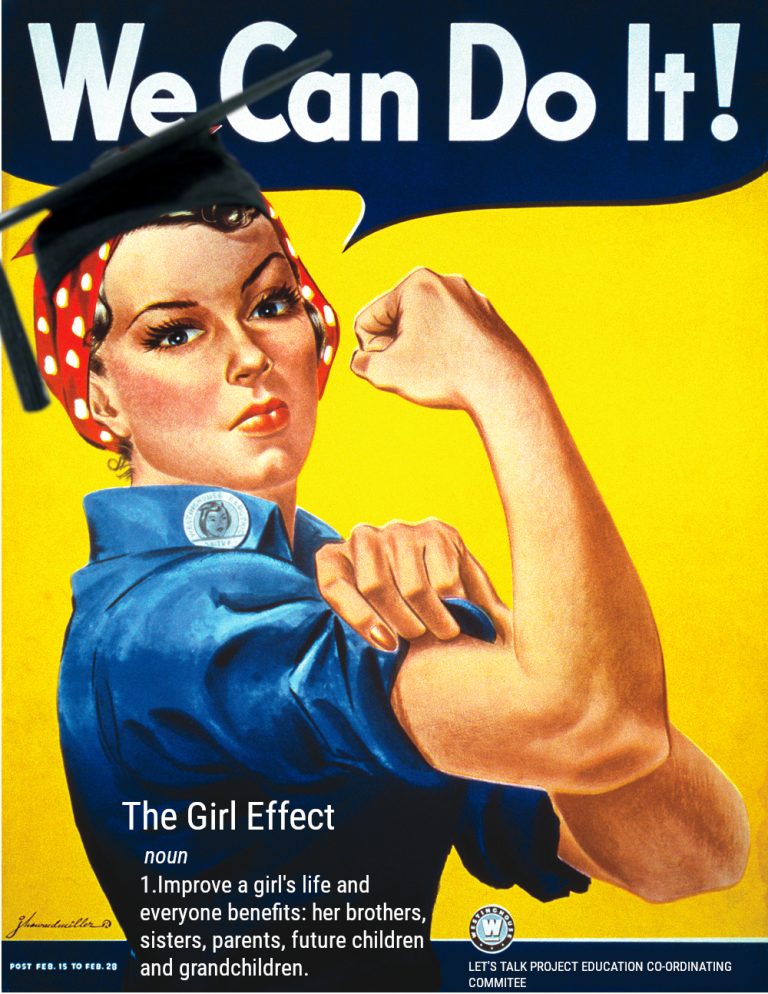 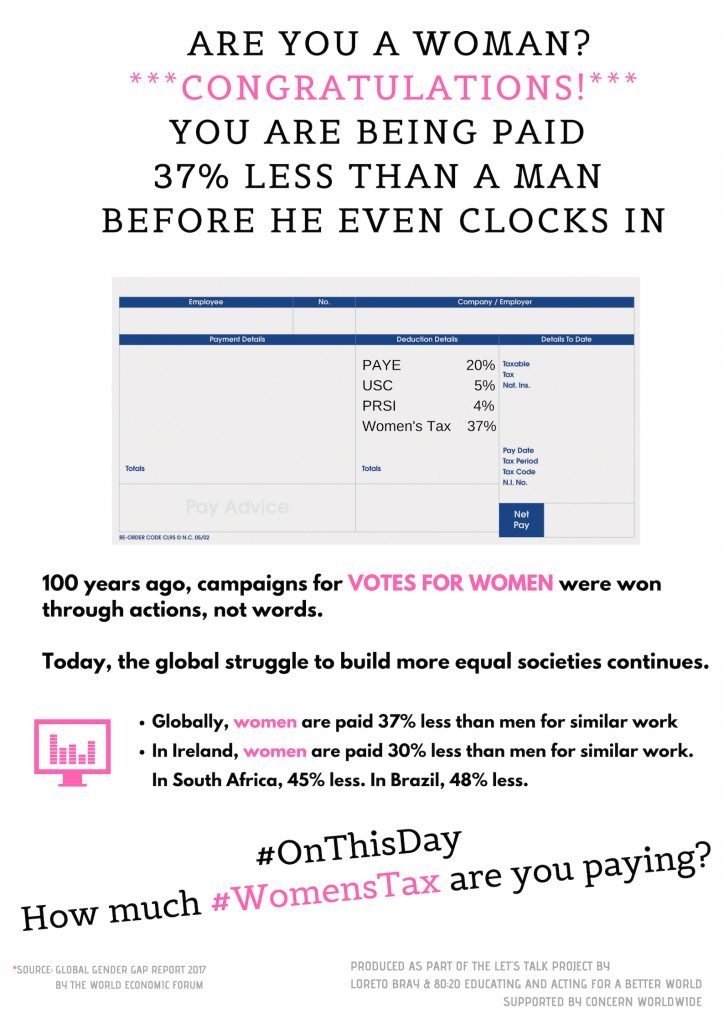 Poster 3: And Still I Rise

Poster 4: Greater Than Or Equal To?

For more information on the initiative, check out the Let’s Talk project page at 80:20.