An educational resource and accompanying set of x2 posters developed in conjunction with a public wall mural exploring the topic of genocide in a number of contexts. Exploring Genocide: Educational Issues and Challenges highlights the educational dimension of genocide, marks its consequences for those who died and those who survived, and explores the debate of whether events in Darfur amounted to genocide.

For those of us living in Ireland, studying the phenomenon of genocide is deeply disturbing for a variety of reasons. While the character and scale of killing in Northern Ireland (and throughout the island) has remained limited, many dimensions of our own history remain deeply challenging. The reality is that many of the worst genocides have occurred in Europe and at the hands of Europeans.

The resource Exploring Genocide outlines a development education project conducted in two phases that explores the reality of genocide.  The first phase was conducted in 2004 in East Belfast with students from Orangefield High School and Presentation College, Bray who developed an art mural to commemorate the 10th anniversary of the genocide in Rwanda. The second phase took place in 2007 where students from Bray and Crumlin revisited the mural to explore the topic of genocide in the context of the debate around the killings in Darfur. 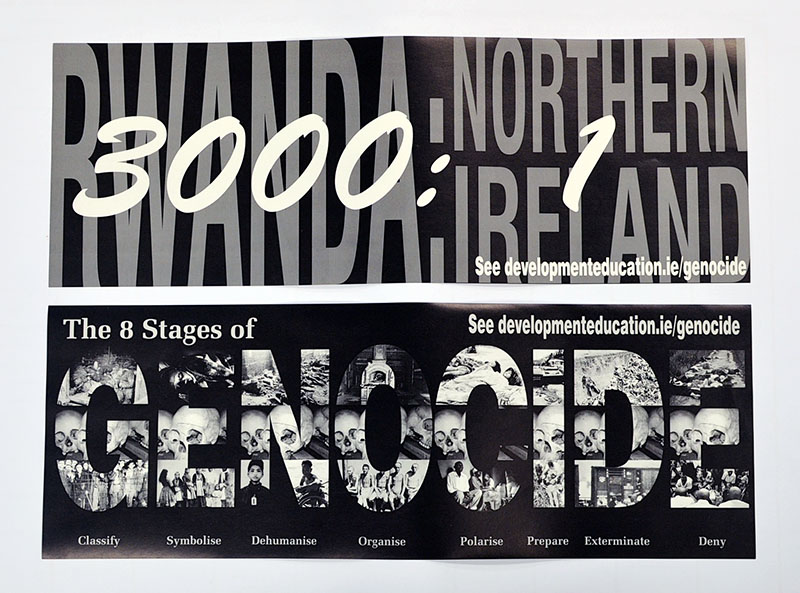