When aid is ‘debated’ 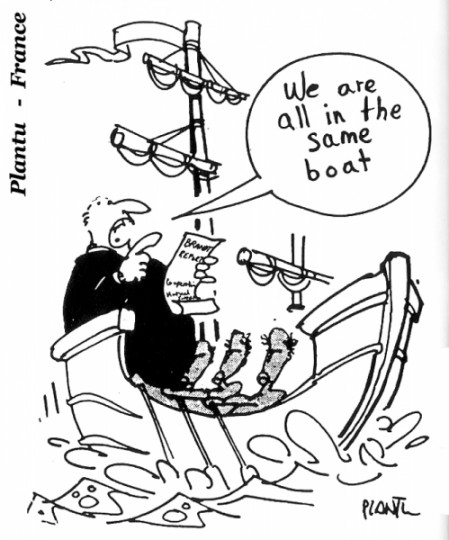 Mention ‘Africa’, the ‘Developing World’ or ‘Poverty’ and sure enough, it’s yet another debate on ‘aid’, whether it has ‘worked’, ‘failed’, ‘created dependency’ etc. and whether it addresses ‘overpopulation’, ‘corruption’ and ‘our’ current financial crisis.  And, so it was on RTE radio on Tuesday August 21st when Myles Dungan hosted Derek Fee (former EU Ambassador to Zambia) and Ronan Murphy (former Director General of Irish Aid) both of whom have recently written books on the subject**.

What is so often hugely frustrating about these debates are the context and the terms of reference through which they are focused – the debate remains narrowly technical, avoids most of the ethical and moral or political dimensions and their implications. The RTE debate proved to be so; it lacked the passion and anger one might expect when addressing one of the world’s most important challenges – the persistence of human poverty and all its consequences; how we are implicated and the duties associated with this reality.  The debate covered familiar and predictable territory (the need for an ‘exit’ strategy for aid; whether Irish Aid does or doesn’t work (and remains ‘curiously’ unknown to the Irish public); the need for yet another radical ‘rethink of aid’ and the need to look at the ‘causes’ of poverty.  The latter issue having been raised was not addressed save for references to unjust (that adjective was never used) trade regimes, especially in agriculture and Europe’s record on this (‘not great’!).

Don’t get me wrong – the ‘aid debate’ is vital – it goes to the heart of today’s grossly unequal and grossly unjust world and our place in it.  At its core, it is a debate about US and not THEM – it is about our sense of ourselves and what we stand for in the world.  It is important that aid works; that it does what it says it does and that it is held to account.  It is about whether we are prepared to do ‘good’ in the face of immense human suffering when doing that good is possible at so small a cost (less than 2% of world household wealth could effectively eliminate absolute poverty worldwide) or not.  And, it is about challenging those economic and financial policies that fatally undermine the aims and impact of aid.  The debate on aid is NOT about poverty, it is about wealth; how it is generated, distributed and protected, usually at the cost of the poor.  This is what the debate on RTE should have been about …but wasn’t!

Putting aid in context is pivotal to our understanding and our actions – three points:

1.     The flow of financial resources from poor to rich countries
Contrary to popular understanding (and far too many ‘debates’), the flow of financial resources is not from the rich of the world to the poor but the other way around.  Let me repeat the point – the net financial flow is from the poor countries to the rich and, within that from the world’s poor to the world’s rich (through a structurally unjust international economic system embracing trade, debt, intellectual property ‘rights’, the ‘brain drain’ etc.  Don’t take my word for it, check out the report of the Secretary General of the UN in July 2010. Page 18 (the last page) of that report itemises the ‘transfers’ from poor to rich which in the period 1998 to 2010 amounting to a truly staggering figure of $5,740.6 billion!  In this context, arguing that we cannot afford aid amounts to monumental hypocrisy on a grand scale.

2.     Population myths versus consumption
A second issue that needs to be taken ‘head-on’ is that of population – we are once again being treated to western debates about whether the world (we are not told whether this is the ‘rich’ or ‘poor’ world) can sustain 10 billion people.  The RTE programme inevitably generated a text about how ‘they’ are poor and hungry because ‘they’ have families that are too large.  A 2008 piece by geographer Jared Diamond highlighted the fact that the average rates at which people consume resources like oil and metals, and produce wastes like plastics and greenhouse gases, are about 32 times higher in North America, Western Europe, Japan and Australia than they are in the developing world In short, if everyone consumed at the rate of the ‘average’ American (European, Irish?), it would be as if we were asking the planet to support a population of 72 billion.  So, is the problem our consumption patterns or their population growth?

3.     How the issues are framed
The third challenge relates to how we see and understand the issues.  Do we see aid as a matter of charity, as an optional ‘extra’ to be dispensed to the ‘deserving’ poor if and when we decide; something to be turned ‘on and off’ depending on our circumstances and politics.  Or do we see it as a matter of obligation, of duty and of rights; something which asserts that in order to live a moral or ethical life, we have an obligation to assist those in need when it is in our capacity to do so without in any way compromising anything fundamental in our own lives.  In the present circumstances of a structural and systematic international economic and political system which not only tolerates but actually creates and sustains poverty and human suffering, why do we, when faced with the many failings of aid, argue that aid should cease rather than that aid should be made do what we expect it to do.

The debate on aid is indeed fundamental and urgent although you wouldn’t get any of that sense from last week’s ‘debate’ on aid on RTE radio.