Israel, Caherciveen, the Telegraph and ‘anti-Semitism’ 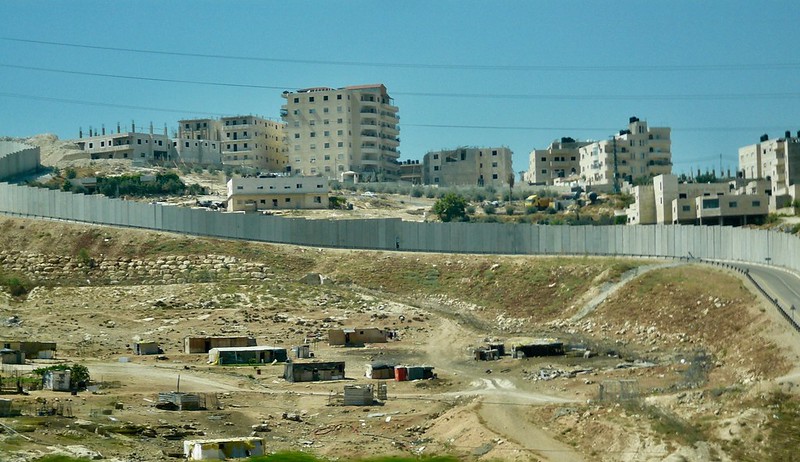 Recent months have seen a storm of criticism and comment of Trócaire’s campaign to boycott goods from Israeli settlements in the occupied territories. This piece responds to one such commentator, Ruth Dudley Edwards, who accused Trócaire of disseminating ‘hatred’.

Calling for a boycott as part of a political strategy has always been controversial – in the history of development education two such calls stand out; that surrounding Apartheid in South Africa and that focused on Nestle as a result of its infant formula promotion strategy and its resistance to WHO norms.

The reaction of the Apartheid regime in South Africa and of Nestle was predictable; instead of confronting their own behaviour and policies or refuting the arguments and logic of critics, they simply engaged in mud-slinging and in trying to undermine the bona fides, funding and motivation of such critics.  Inevitably critics were presented as part of some wider international ‘conspiracy’.  And similarly it seems to be the case again today with regard to the advocacy and education campaign of Trócaire with reference to the Israeli Government and its policies and practices as regards Palestine.

There have been many reactions to the Trócaire campaign, one of the most recent being a sledgehammer piece by Ruth Dudley Edwards (‘The Jews crucified Our Lord’: Irish antisemitism and the complicity of the Catholic bishops, January 28th, The Telegraph – which accuses Trócaire of disseminating ‘hatred’) based on an article by an Israeli visitor to Caherciveen as published in the Jerusalem Post.

The journalist, Sarah Honig described a conversation with some students (who may, or may not have read Trócaire’s education pack!) who were carrying large signs saying ‘Free Palestine’ – apparently in response to her query as to who they should be freed from, the answer was ‘Jews’; their views, we are told, were also shared by their teacher.  This conversation and its content is then used by Ruth Dudley Edwards in her piece to attack the ‘one-sided’ and ‘ill-informed’ critics of Israeli government policy; she argues that it is no wonder the Israeli Government describes Ireland as the most anti-Israeli and anti-Semitic country in Europe. Alternating between the terms ‘anti-Israeli’ and ‘anti-Semitic’ is a well-known tactic of those who would wish to deflect attention away from Israeli Government critics; it is designed to silence in order to avoid the historical crime of ‘anti-Semitism’.

This debate is important as it raises many fundamental questions.

First off, to describe all criticism of the policies and actions of the Israeli state, its army or its settlers as anti-Israeli or anti-Semitic is dishonest politically, morally and intellectually.  The current policies and practices of the Israeli Government must, of necessity, be criticised (regardless of the legitimate or illegitimate actions of Palestinians or their diverse range of organisations).  If Israel is to stand for the principles it espouses, it must be criticised for its many illegal and immoral behaviours as regards, inter-alia Palestinian human rights, imprisonment, the use of torture, the stealing of land and resources, the bombing of Gaza etc., etc.  Israel needs to be confronted by its own behaviour if it’s insistence on the rights of Israeli’s are to have any substance or truth.

There cannot be one set of rights for Israelis and an entirely different set of (conditional) rights for Palestinians.

Israel has been roundly and correctly criticised for its actions by a large body of international opinion from the United Nations, a wide variety of governments including that of its ally the US; by many international courts and juridical structures; by churches, civil society groups, sporting and cultural organisations – all of whom cannot be simply dismissed as part of a large, orchestrated anti-Israeli and/or anti-Semitic conspiracy.  Most importantly of all, the actions and policies of consecutive Israeli regimes has been subjected to severe criticism from many of its own citizens inside Israel – from judges to politicians to church leaders and members to human rights and humanitarian groups – such critics cannot be readily dismissed as part of the conspiracy.

‘Every country must investigate alleged violations of human rights committed in its jurisdiction by persons acting on its authority. It must prosecute the offenders and compensate the injured parties. These actions are crucial both to provide justice to victims and as a deterrent to such violations in the future. Israel has not fulfilled its responsibilities in this regard.’

The Public Committee Against Torture in Israel (PCATI) was founded in 1990 in reaction to ‘the ongoing policy of the Israeli government, which permitted the systematic use of torture and ill treatment’ in interrogations.  Other Israeli human rights groups including Peace Now (which monitors settlement building), Machsom Watch: women against the occupation and for human rights (which observes soldiers at checkpoints) and Physicians for Human Rights – Israel (which has recently examined doctors’ complicity in torture) have all severely criticised Israeli Government policies and practices and, recently the organisation Breaking the Silence established by ex-Israeli Defence Force personnel to expose practices inside Gaza.  It is for this reason that the current regime in Israel is working so diligently to undermine such Israeli groups as was indicated by the Anti-Boycott Law passed in the Knesset (Israel’s parliament) in 2011 which was designed to stifle debate and peaceful democratic dissent.

Internationally, groups such as Oxfam, Amnesty International and Human Rights Watch have severely criticised the behaviour of the Israeli state.  Are all these critics to be also dismissed as simply ‘anti-Israeli’ or worse, ‘anti-Semitic’? Criticising many, many aspects of Israeli policy and practice is both imperative and necessary given its impact on Palestinian people, on the region, the Middle East and the world at large.  Not to criticise such policies is tantamount to supporting the denial of international law, human rights and fundamental freedoms upon which we so frequently rely to criticise the actions of others including Palestinian organisations which abuse human rights.

The point is highlighted by recent Israeli Government actions in the UN Human Rights Council.  On January 29th, Israel was the first country to withhold cooperation from the human rights review mechanism of the Council (the Universal Periodic Review reporting mechanism) despite efforts by the US and others to encourage it to participate. This undermines international cooperation in attempts to hold not only Israel but all governments accountable for their human rights record.  The key underlying concern expressed by many Council members is that Israel’s decision might open the door to non-cooperation by others thus weakening one of the main international mechanisms for shedding light on the human rights practices of even the most repressive of governments.  Israel’s argument for staying away from the review is that the Council is ‘anti-Israeli’ and biased.

Whatever was said (or was not said) in a conversation between an Israeli tourist and some students in Caherciveen is surely not an adequate platform for attaching the Irish state (which has explicitly named human rights as a cornerstone of its foreign policy), the Catholic Bishops and Trócaire.  Surely, something a little more substantive is required if we are to take seriously the claims of Dudley Edwards and others branding critics as anti-Semitic. She concludes in her article, for example, that:

It’s no wonder that the Israeli Foreign Ministry sees Ireland as the most anti-Israeli and, indeed, anti-semitic, country in Europe.  The bishops should be ashamed that – in the name of compassion – they allow their charitable arm to disseminate hatred.

We are not here to defend Trócaire (even if it is a partner in this website) – as an organisation which avowedly states its ‘justice’ and ‘human rights’ credentials (rather than simply humanitarian ones), it is capable of defending itself.  Engaging in robust debate on issues such as Israeli state policies and practice and the question of a boycott on goods produced in Israeli settlements in the occupied territories (note: NOT Israeli products) is a legitimate goal in society and in education.

To characterise such debates as ‘anti-Israeli’ or as ‘anti-Semitism’ is dishonest, politically and morally and does very little to promote the legitimate rights of Israelis, Palestinians or anyone else for that matter and it takes us all further and further away from any resolution of the conflict there.

Update: a response to reactions from this blog: Boycott of occupied territory settlement goods – a response (29th May 2013).