Menu
Home / Blog / Covid-19’s toll in DRC: ‘Older people here really have nothing. We have no state pensions in the DRC’

Covid-19’s toll in DRC: ‘Older people here really have nothing. We have no state pensions in the DRC’ 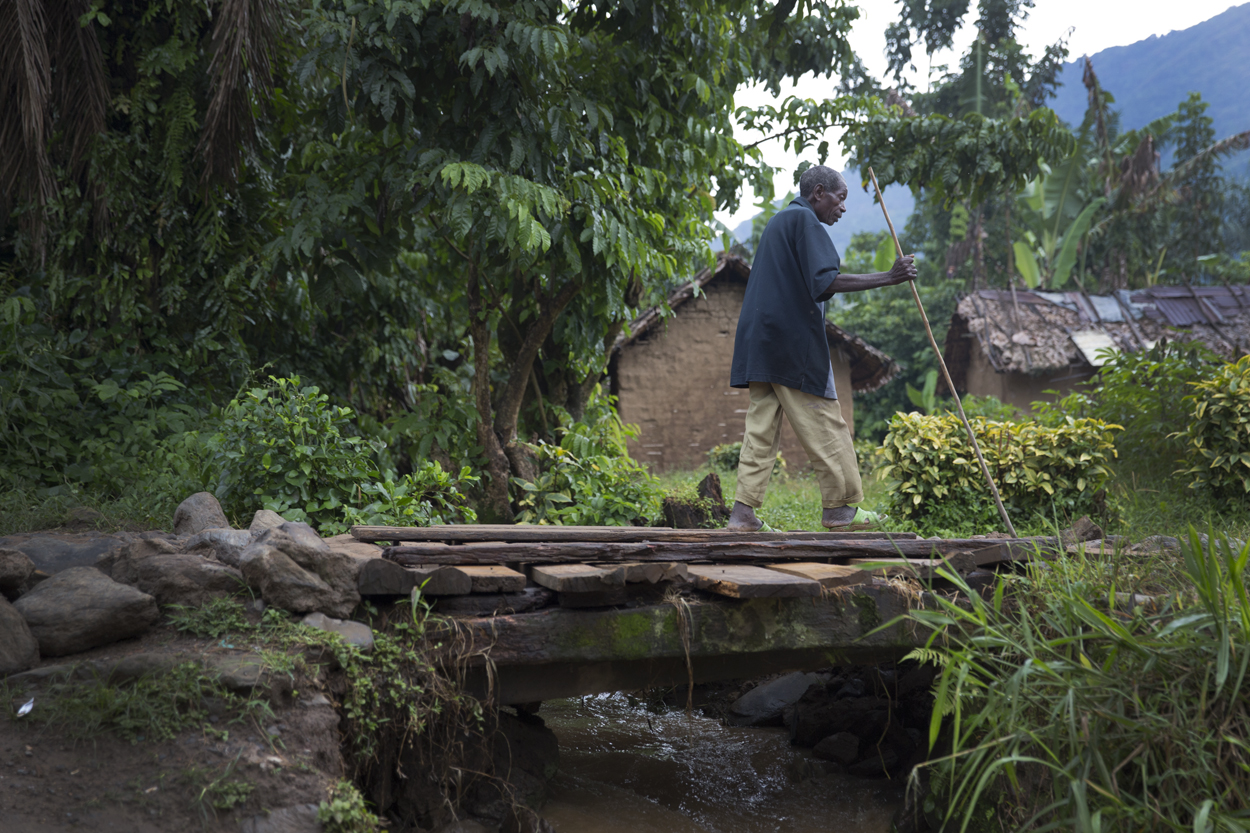 We’re used to emergencies and people dying in the Democratic Republic of the Congo, whether it’s a result of the long-running conflict or Ebola, cholera and malaria. But coronavirus has knocked us for six, because it has affected people we are very close to.

I’ve been working in development for decades, but I have to admit I have shed tears these past few weeks.

I know many people who died, but I was very close in particular to Dorcas, 66, and Michel, 78. They were very much loved and respected members of an older people’s association. Michel and I joked that we were father and son as he shares the same name as my late father.

They both knew where all the older people lived and whenever any had problems, they were the first to respond. Dorcas leaves behind a frail, elderly husband who has high blood pressure, and we are very worried for him.

Unsurprisingly, in the past month, our work has been dealing with people suffering from Covid-19 or the consequences of the government-imposed lockdown.

We started getting calls as soon as the lockdown began. Many of the older people we support have chronic diseases, such as hypertension and diabetes, and without public transport were unable to get their medicines. They have no money for taxis. So we have been delivering medicines to people’s doors.

One couple in Kinshasa’s Gombe commune both suffered from hypertension. They had been trying to access their medicine for a while before they called us. When we delivered it, the husband was very short of breath. We called an emergency response team, who tested him for Covid-19.

It took a week for the results to come back and he was taken to hospital, where he died two days later. The hospital had no ventilators and very few health workers. Many had left, too scared to work without PPE.

His wife also became very ill. Unsurprisingly, when I last delivered her medicine she was very depressed, frightened and confused. She was struggling to speak and just looked up at the sky, muttering she was offering her life up to God as she had no idea what tomorrow would bring. She died last week in hospital, unable to breathe. There was no ventilator.

Another woman in Nsele, a poor area of the city, had lost her husband to Covid and she tested positive for the virus. She talked about her fears for her two grandchildren, for whom she was the sole carer, as her eldest child died of Aids in 2018.

When we had discussed coronavirus, she said the disease is caused by not washing your hands with soap and water. She wasn’t surprised that she and her husband contracted it, as they have no clean water in the house and used charcoal ash instead of soap, which she could not afford.

She was also admitted to hospital and died. Again, there were no ventilators.

Older people here really have nothing. We have no state pensions in the DRC.

On the one hand, our economy is weak, with limited funds to support older people or sustain a robust health system. On the other, many aid agencies prioritise other groups such as women and children.

We need a stronger health system to be able to cope with disease outbreaks and we need humanitarian aid that targets older people, who are vulnerable.

When there are disease outbreaks such as Covid-19 and Ebola, people fear for their lives and flee, leaving behind elderly relatives. This happened to my own mother during the Ebola outbreak in Goma in 2018. She was 78 and had hypertension and diabetes. Sadly, family members left her alone when they fled. When I discovered what had happened I organised for her to be taken to hospital but it was too late. She had passed away.

As soon as we heard about the Ebola outbreak in Beni last month, we mobilised a team to visit older people, distribute soap and hand sanitiser, carry out education and awareness-raising and generally check they were OK. So far, no older people have died of the disease there.

When she was with us, my mother was a champion of older people and I’m doing what I can to keep her legacy alive.

But at the moment, I struggle to sleep at night, knowing that many older people will die in the coming days here in Kinshasa. That is very hard to bear.’

Note: The number of confirmed cases and deaths were updated to 21st May, 2020.

This article first appeared in the Guardian on May 18th 2020 and is republished with thanks to The Guardian and HelpAge DRC.