Menu
Home / Blog / Fighting the pandemic in the global South

Fighting the pandemic in the global South 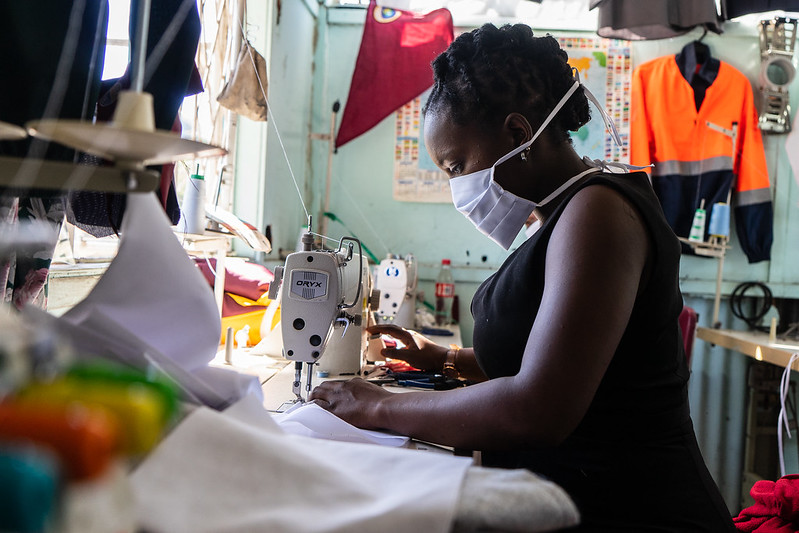 On the other side of the pandemic, we must strengthen and build strong working-class movements to challenge imperialism and neocolonialism, reports Phethani Madzivhandila

Global South countries now occupy six spots in the top ten of the world most affected countries by the coronavirus: namely Brazil, South Africa, Mexico, Chile, Peru, and India. And things are about to get worse.

It is just a matter of weeks before the whole of the global South is faced with the situation that confronted Italy and Spain in March 2020. Due to a history of colonialism, these experiences will play out differently in these countries especially economically and mortality wise.

The majority of the countries in the global South have limited testing capacity, and so the virus as predicted has been advancing undetected. The economic crisis ripple effect has hit us hard already, and we can no longer afford to enforce hard lockdowns in most of our countries. Most governments in the global South have been forced to ease lockdown restrictions, and are now witnessing a drastic rise in COVID-19 infections on top of testing lags. It becomes imperative to question what are these underlying economic factors that force us to do so and why should we save the economy over people’s lives? For instance, after the national lockdowns in South Africa, Bangladesh, and Mexico were significantly relaxed, all three nations reported their highest single-day spikes in COVID-19 cases.

Underdeveloped countries have no freedom of maneuver in relation to world capitalism as scholar Samir Amin notes: “So long as the underdeveloped country continues to be integrated in the world market, it remains helpless …  the possibilities of local accumulation are nil.”

In How Europe Underdeveloped Africa, Guyanese historian and pan-Africanist Walter Rodney remarks that:

“Colonialism was not merely a system of exploitation, but one whose essential purpose was to repatriate the profits to the so-called mother country… It meant the development of Europe as part of the same dialectical process in which Africa was underdeveloped.”

Rodney embraced dependency theory’s central thought that colonialism condemned poor and colonized countries to stagnation, as he wrote: “Whenever internal forces seemed to push in the direction of African industrialization, they were deliberately blocked by the colonial governments acting on behalf of the metropolitan industrialists.”  He believed that underdevelopment would continue even after African nations achieved their independence. Rodney, like other dependency theorists, called on intellectuals to break with capitalism and adopt state-directed socialist planned economies. Amin reasoned that imperialism led to the development / underdevelopment dichotomy, arguing that uneven development or historically evolved exploitative structures, leads to unequal exchange, which leads to continued polarization and increased inequality.

The World Health Organization said in April that there were fewer than 5,000 intensive care beds across 43 of Africa’s 55 countries. This amounts to about five beds per million people, compared with about 4,000 beds per million in Europe. It was not only the lack of intensive care beds that this pandemic has revealed as a shortage in Africa; there were at least 10 countries in the continent which did not have ventilators at all. Thanks to the “generous” donation from Chinese billionaire Jack Ma at least we now have 500 more. In South Asia, the situation is no better at all, as there is also a shortage of ventilators in countries like India which had 47,000 ventilators at the beginning of their lockdown.

The UK now has 22,000 ventilators, the vast majority of which are not currently needed as the peak has almost passed. In the global South again, the situation is dire as beds and ventilators are quickly running out. If international solidarity was taken seriously, it only makes logical sense that these resources would be diverted to countries that currently need them the most. However, under a capitalist society there are no free favors.

So far, Johns Hopkins University has detailed that in over 118 low- and middle-income nations, the increase in child and maternal death will be devasting.  Based on a number of possible scenarios carried out by researchers, the least severe scenario over the next six months would result in 2,300,000 additional child deaths and 133,000 additional maternal deaths in this first year of the pandemic as a result of unavoidable shocks, health system collapse in various countries , or intentional choices made in responding to the pandemic.

An HIV modelling report, convened by the WHO and UNAIDS, estimated the effect of potential disruptions to HIV prevention and treatment services in sub-Saharan Africa over one- and five-year periods. It found that a six-month long interruption of antiretroviral therapy (ART) supply would lead to excess deaths over a year which are more than the total current annual number of HIV deaths. In sub-Saharan Africa, this amounts to possibly over additional 500,000 HIV-related deaths. Similar disruptions would also lead to a doubling in the number of children born with HIV.

It is evident that this pandemic has exposed the fragility of the capitalist system and has left many people questioning its importance as a means of production in our lives. However this is not new and has always been the inherent contradiction of capitalism that should it get disturbed, it plunges into turmoil. However, due to the weakness of the left it always finds ways to reinvent and reform itself.

As soon as capitalists’ institutions started to crumble, Northern governments resorted to socialist policies. The Spanish government, one of the worst affected countries after China, nationalized all private hospitals and healthcare providers to fight against the virus. In doing so the Spanish government had reversed their much unpopular post-2008 privatization reforms. Not only did Spain nationalize healthcare but they also announced generous financial aid packages for its citizens, stopped evictions and guaranteed water, electricity, and internet to vulnerable households. Such heightened state spending was also witnessed elsewhere in Europe, with the United Kingdom introducing a £166 billion stimulus package since the beginning of lockdown: the largest in the country’s history.

By contrast, in the global South where the purse strings are tight, stimulus packages came in the form of loans from the IMF and World Bank as per usual. The IMF announced in April that it “stands ready” to use its $1 trillion lending capacity to help countries that are struggling with the economic impact of the coronavirus. If Thomas Sankara, the former Burkina Faso President who was overthrown by the agents of the West, was alive today, he would dismiss this so-called assistance from the IMF as nothing but wolves dressed in sheep skin.

Fanon once remarked that, “the biggest threat to Africa’s development is not colonialism, but the big appetites of the bourgeoisie and their lack of ideology.” It is the “comprador bourgeoise” according to law professor Tshepo Madlingozi that “steal public money to buy garish belts, stupid pointy shoes, testicle crushing jeans, shirts with silly emblems, gas guzzling cars, alcohol beverages whose names they can’t even pronounce.” In South Africa, they already have plundered the COVID-19 relief funds borrowed from the IMF and wasted it among their comrades while they confine us, the poor and the working class, to our shacks and backrooms in the townships.

In Zimbabwe, Minister of Health Obadiah Moyo was fired and arrested for misappropriating funds meant to be fighting the pandemic. He was arrested in mid-June and granted bail on allegations of corruption regarding a US$60-million deal to procure COVIP-19 test kits and medical equipment. (Then the government had the journalist, who broke the story, arrested.) Another Health Minister, this time in Kenya, Mutahi Kagwe, was caught submitting a highly inflated report on some of the products needed for the fight against the pandemic.

It is clear that in the global South the COVID-19 pandemic is set to wreak havoc, due to the unconfronted legacy of colonial underdevelopment which has been further aided by the collaboration between the metropolitan bourgeoisies and the comprador bourgeoises in our countries. The state of our healthcare systems is not equipped by far in comparison with Europe’s systems to deal with the incoming tornado, and neither are we economically stable enough to deal with the ripple effects. If we are to see the other side of the pandemic, we must emerge with a new imagination of how we are to strengthen and build strong working-class movements that will challenge imperialism because only then we can put an end to  neocolonialism.

This blog first appeared on Africa is a Country in July 2020.