The Development Education Commission was conceived and designed to influence policy and practice in development education in Britain and Ireland.  It arose from the need and desire to clarify the nature and specificity of DE and to describe its key characteristics. The Commission began its work in 1996 and published its overall report in 1999.

The Commission comprised the following members:

The project was conceived and designed to influence policy and practice in development education in Britain and Ireland. It arose from the need and desire to clarify the nature and specificity of DE and to describe its key characteristics.

The Commission was made up of 21 members from education institutions and structures as well as NGOs from England, Scotland, Wales, Northern Ireland and Ireland. The Commission was chaired by Professor Kevin Boyle of Essex and published 3 core documents including a final report Essential learning for Everyone; civil society, world citizenship and the role of education (1999). Additionally, it published two discussion papers exploring What is Development by professor Lalage Bown (1999) and What are human Rights by Omar Grech of the University of Malta.

The following were the core components of the project: 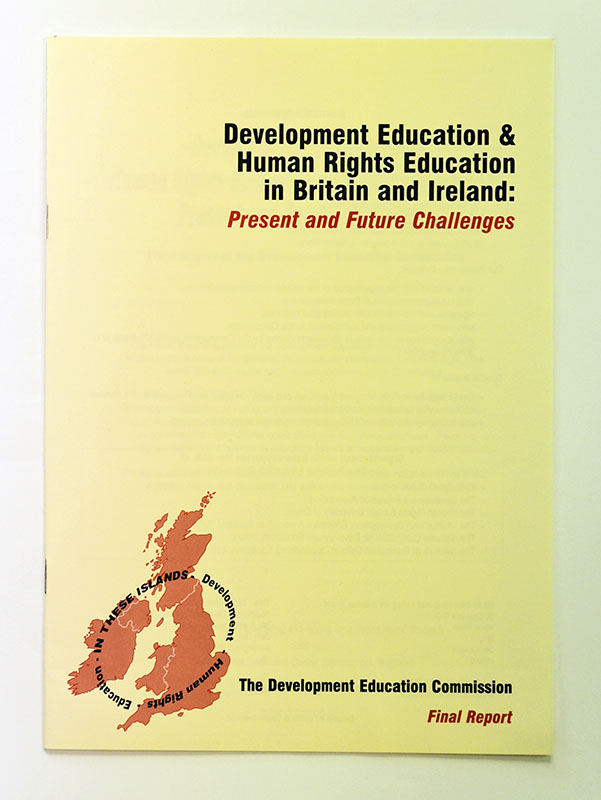 The work of the Commission brought together, for the first time, a significant group of educationalists and activists to share their diverse and varied experiences and perspectives.  It was clear from the outset that this exercise had considerable impact on the thinking of the members and the organisations and structures they represented.  All members were influential in their own spheres and brought the learning of the Commission to bear in these contexts.

The reports produced by the Commission were welcomed broadly but subsequent changes in curricula and funding for DE and Human Rights Education and in the policy priorities of governments and aid structures redirected much of the focus and energy of both areas thereby lessening the impact of the Commission.

There remains a resistance to learning from each other and each jurisdiction (and its structures and networks) continue to pursue independent and ‘separate’ agendas and strategies.