Yemen’s alarming crisis: ‘The worst famine in the world in 100 years’

Today is World Food Day 2018. Toni Pyke explores the rising food security crisis in Yemen, which is taking its toll following three years of civil war, which the UN warned is on course to become ‘the worst famine in the world in 100 years’. This feature is part of the #ZeroHunger series, brought to you by the Professional Development Support Service for Teachers (PDST), developmenteducation.ie, Concern Worldwide and Self Help Africa.

The Global Hunger Index informs us that hunger and mal/undernutrition continues to plague our planet. 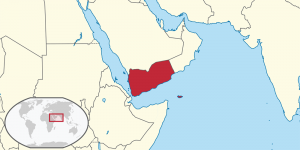 one such scenario, cautioning that Yemen was on the “brink of a full-blown famine”, where some 18 million of the country’s 29 million people would be ‘food insecure’ and some 8.4 million ‘severely’ so.

Yesterday, the UN warned that Yemen is on course to become the ‘worst famine in the world in 100 years’. For the last 3 years, Yemen’s civil war has devastated the country with an estimated 10,000 people killed and now 13 million people facing starvation.

6 key facts about the civil war in Yemen 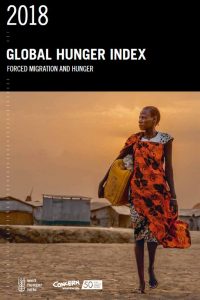 According to the latest Global Hunger Index (GHI), Yemen ranks 117 out of 119 countries, with a score of 39.9 (where zero is the best score. Central African Republic ranks the worst in the world with a score of 53.7).

In an interview with the BBC, the UN Resident Coordinator to Yemen, Lise Grande spoke about the potential famine situation in Yemen, reporting that:

“I think many of us felt as we went into the 21st century that it was unthinkable that we could see a famine like saw in Ethiopia, Bengal and that we saw in parts of the Soviet Union, that was just unacceptable…. Yet in Yemen, this is precisely what we are looking at…”

In its latest report, the GHI states that “the problem of hunger is complex, and different terms are used to describe its various forms”. Consistent with the GHI report below is a basic definition of the terms ‘hunger’, ‘undernutrition’ and ‘malnutrition’.

To put this into context, the FAO defines ‘hunger’ as:

“usually understood as an uncomfortable or painful sensation caused by insufficient food energy consumption. Scientifically, hunger is referred to as food deprivation. Simply put, all hungry people are food insecure, but not all food insecure people are hungry, as there are other causes of food insecurity, including those due to poor intake of micro-nutrients”.

The famine in Yemen is complex and what many call a ‘man-made’ disaster – a disaster with no immediate end in sight.

On World Food Day, consider the prevalence of hunger and famine in our societies and cast your mind back to Ireland’s own famine journey. There are many ways in which we can take action on the issues that surround famine and hunger. For example: