Menu
Home / Blog / Climate Change and I: Taking it personally

Climate Change and I: Taking it personally 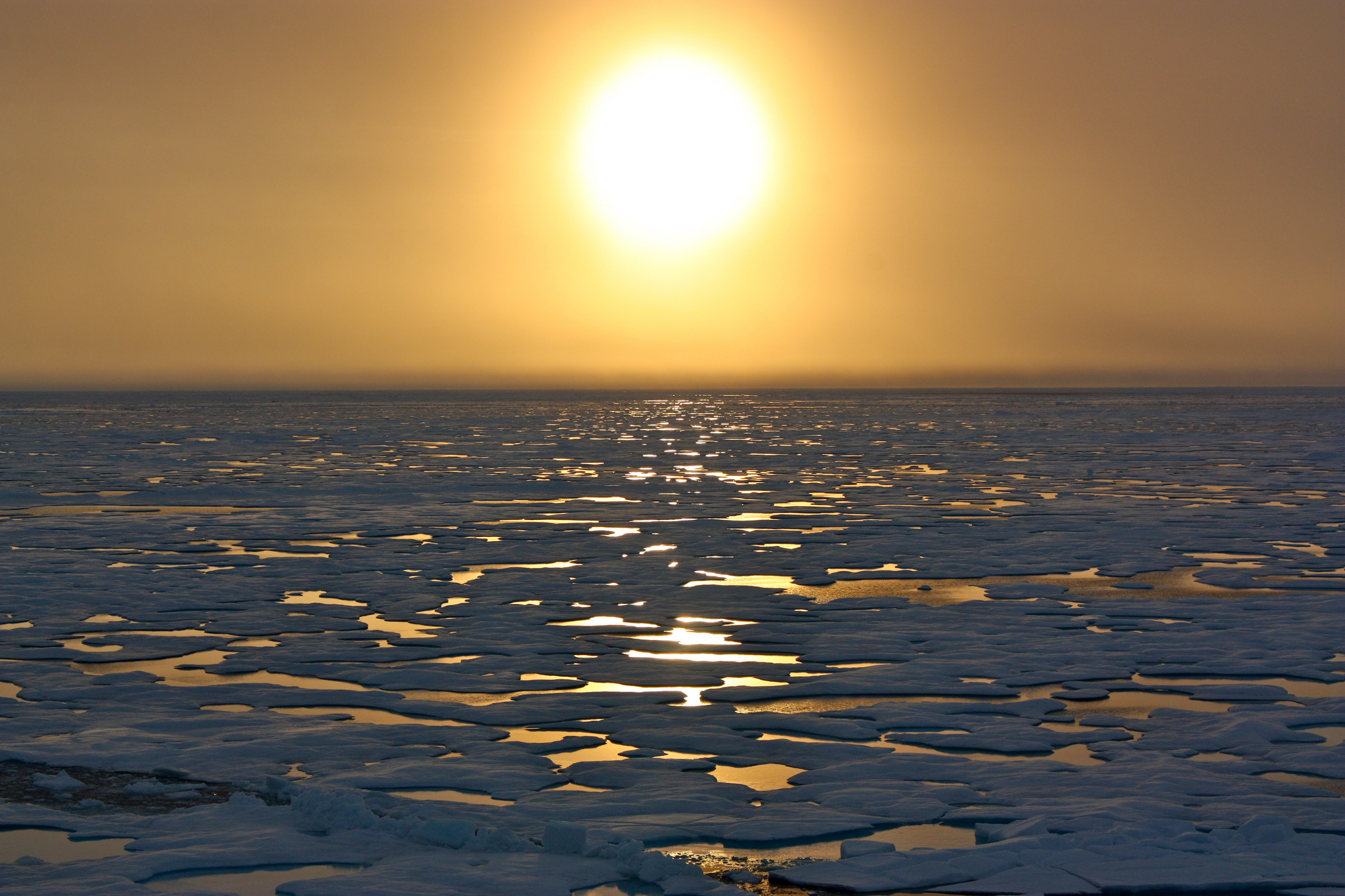 We live in an unequal world. There is a considerable divide between the developed and the developing world. Historically, this division has been primarily economic, as regards development. However, more recently, this division or inequality is as a result of many more aspects – climate change being one of the main ones. In an ideal world, there would be equality on all levels; racial, sexual, economic, religious etc. Our values would be those of interdependence, love, compassion and justice. However, we do not live in an ideal world.

‘Climate change is occurring in a world that is already highly unequal and unjust and, therefore accentuates and deepens that injustice.’  – Colm Regan, 80:20 Development in an Unequal World

As J Timmins Roberts and Bradley Parks argue ‘…rich nations pay for climate change with dollars and poor nations pay with their lives.’ This is as a direct result of international inequalities where the developed world is, in essence, funding climate change through industrialisation and the burning of fossil fuels for mass production. The harmful effects of these actions are then felt primarily by the people in developing countries as they are most vulnerable as discussed in chapter 5 of 80:20 Development in an Unequal World:

Personally, I believe climate change is the most important and dangerous issue faced by our society today. The Intergovernmental Panel on Climate Change (IPCC) has clarified it to be ‘extremely likely’, with a 95-100 degree of certainty, that human activity has caused most of the increase in global temperatures since the middle of the 20th century. I understand that many people seem to have disregarded it as a problem for the future and that it does seem like a daunting challenge to take on. As many people, primarily from the developed world, have not yet felt the effects of climate change and they perhaps might feel it is not impacting on society at present. This is not the case. Currently, those in the developing world are most vulnerable to climate change and its effects. They are at risk of food insecurity, drought, insufficient access to drinking water, soil erosion and depletion and increased health and security risks. Each of these risks have either been caused or increased by climate change. Global warming causes temperatures to rise resulting in droughts and accelerated evaporation. This leads to insufficient access to drinking water and soil erosion, which in turn reduces agriculture production and lessens food supplies for people who are dependent on agriculture. Global warming has also lead to a rise in sea levels and temperatures, through thermal expansion. This can damage houses and communities on the coast, forcing families to leave their homes.

A study by Richard Heede of the Climate Accountability Institute showed that 63% of all industrial carbon dioxide and methane released into the atmosphere (in the period 1854 to 2010) can be traced to fossil fuel and cement production by just 90 entities from investor-owned companies to state-run companies and to government-run industries; emissions driven by consumer demand.

A 2015 Oxfam briefing showed that wealthiest 10% of world’s population are responsible for over 50% of total lifestyle consumption emissions, while poorest 3.5 billion account for just about 10%. The USA has the highest cumulative cost of carbon emissions during the period 1902-2009, contributing between 24%-27% of the cumulative global cost. The EU are in second, with 17%-19% of the cost, while China, which is the biggest source of carbon today with 27% of the total emissions in 2014, still lags behind in the cumulative global costs with 10%-12%. The relevance of these emissions is how they affect climate change through the greenhouse effect:

The greenhouse effect is the release of gases into the atmosphere, condensing it and reducing the amount of heat escaping into space. This heats the earth and results in global warming. 2016 was the hottest year ever recorded, with 2015 being second hottest and 2014 the third hottest. In fact, 16 of the 17 hottest years ever recorded have occurred since 2001.

‘Taken globally, 2015 was the first year that average global temperatures were 1 degree Celsius above pre-industrial levels. A 1 degree increase may seem quite low: however, as an average over the surface of an entire planet, it is remarkably high and is resulting in a range of severe weather events and other environmental impacts.’ – Daly, Gold & McEvilly, 80:20 Development in an Unequal World

If ‘business as usual’ continued in the current global format, there may be an increase of 4 degrees by the end of the century due to the acceleration of the greenhouse effect. This would be truly catastrophic. Some effects of this increase includes severe weather events, such as increased frequency of droughts, hurricanes and typhoons and perhaps most intimidating, many of the gases stored in the oceans – around 93% of the earth’s carbon dioxide is stored in algae, vegetation and coral under the sea- would be released due to evaporation. This would cause untold damage and is an outcome that must be avoided at all costs. In an effort to avoid this scenario, governments have decided to focus on how to limit global warming to a 2 degree increase. The IPCC concluded that a ‘carbon budget’ must be respected, with all other greenhouse gases being measured in relation to carbon dioxide. They gave a cumulative carbon budget stretching from the 19th century to the end of the 21st century of 2,900 gigatonnes. However, the 65% of this budget has already been consumed, leaving just a budget of 1000 gigatonnes from 2011 onwards. This budget has been further reduced from then and the IPCC suspect the budget will be completely consumed in the next 10-20 years, if consumption continues as is.

What can we do?

Tackling climate change may seem like a daunting and even impossible challenge, as much of the facts point against the prevention of its possible, irreversible effects. The only way to truly combat it is through breaking down the problem and sharing responsibility; whether that’s by enforcing country regulations and guidelines for each country regarding emissions and consumption, or through small scale campaigns and organisations attempting to reduce consumption and wastage of resources in communities, such as the Green Schools Campaign in Pres at the moment (see more below).

The current targets for Ireland regarding climate change were drawn up in the Kyoto Protocol 1998 which was signed by the EU. The general target for the EU was for 20% of all energy and 10% of all transport energy to come from renewable sources, respectively. Ireland’s main target was for 16% of total final consumption to come from renewable resources. In 2016, 90% of Ireland’s energy came from fossil fuels, with only 8% coming from renewable sources, 8% off our 2020 target. Transport accounted for 20% of all energy, mostly through vehicle emissions. However, there have been some positive reductions in transport energy used. For example, in 2015 there were 4.1 million journeys on the Dublin Bus Scheme. This massively reduces the number of cars used daily and reduces emissions, although buses still emit themselves. In addition to this, the Luas carried 34.6 million passengers in 2015. This is incredibly helpful as the Luas is a sustainable form of transport and is mostly electric. Its only emissions are from the production of electricity. There are still, however, many problems regarding sustainability. We, as a society, are dependant mostly on non-renewable resources, which are finite, meaning they will eventually run out. This is obvious with resources like oil, gas and coal, but fish and trees could disappear if overfishing and deforestation remained as they are. 28% of commercial fish stocks in Ireland are overfished. Just 10% of Ireland’s land is forest. That is proportionately the second smallest amount of forest in Europe.

What can I do?

So, what can be done to further reduce our usage and consumption, our emissions and pollution and our general negative impact on the world’s climate? It is up to initiatives and organisations like Green Schools and the Cúl Green Initiative to help reduce energy usage and wastage in everyday life. If every school in the country was careful about water wastage and attended to their energy over usage, there would be a noticeable impact on Ireland’s energy production. That is why the Green Schools campaigns are so important and helpful to Ireland’s climate and the global fight against climate change. The Green Schools campaigns have been very successful in making more schools both more aware of climate change and they have given the platform to do something about it.

As part of the Green Schools campaign in Pres this year, a series of characters was developed regarding energy wastage, called the ‘Energy Bandits’. Stickers and posters of the characters were designed to be put up in the school. A flier for each ‘Bandit’ was also created which contained information about energy usage and wastage relating to each ‘Bandit’ and some suggestions as to how you can reduce your own energy usage.

The school was ‘sticker-bombed’ with 500 stickers, 50 of each character and 60 posters, 10 of each character. Each day a flier was put up on the school website, the monitor in the canteen and it was emailed to parents. Period 1 of each day was given to discuss the flier and how it relates to climate change and energy usage. The campaign had a great impact and was widely acknowledged by the students, with some even referring to them by the names we gave them. Some 1st and 2nd year even began taking the stickers off the walls and collecting them in their diaries. Although, strictly speaking, this was against the rules, the students made the point that the slogan on the stickers was ‘Gotta Catch ‘Em All’; which naturally lead to some confusion.

I believe the campaign to be a great success and was well worth the time and effort it took to create. This campaign was just one of thousands that have been done both within and outside the Green Schools initiatives. This shows how successful that organisation has been and how much it has affected the environment in a positive way. However, there is still much work to do to prevent our earth and common home from spiralling into an irreversible state. I feel that to truly impact on the environment, every person needs to feel a personal connection to the environment and understand how their actions affect the environment as a whole. Based on my own understanding of this connection, I feel obligated to do something about the state of the environment, simply to keep within my own moral code and personal values.

Jack is a fifteen-year-old Transition Year student in Presentation College Bray. He was one of three students involved in the Green Schools campaign in Presentation College. After the project was completed, he was tasked with writing a piece about his experience in doing the project. It was first decided to write a simple report on the project for the school yearbook. However, it was then considered to investigate the global context of the project and use it as an exemplar of what can be done on a small scale, which positively impacts its own local environment and raises awareness of the issue of climate change.