Development: the ‘overs’ and ‘unders’ 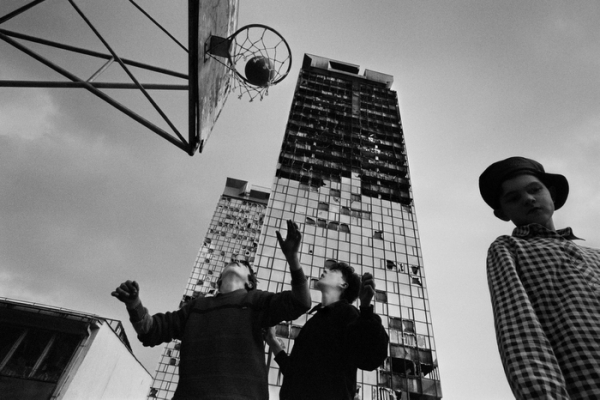 How much development is ‘enough’? A final-five finalist in the 2018 Trinity College Dublin and developmenteducation.ie development issues series, Rosie Stack argues it’s time to re-evaluate the development project and interrogate the limits of rising ‘over-development’ in rich countries.

In all aspects of life, there’s a point at which we can say “whoa – that went too far”. Like Joan Rivers and plastic surgery or Jared Leto on the set of Suicide Squad – sometimes enough is enough.

Viewing development as dichotomous binary doesn’t allow either, for the possibility of over-development. If you’re not sure what I mean by over-development, let me give a few examples. Since the 1970s, ozone depletion and global warming have been observed. Environmental damage such as this, and climate change, is the direct result of the actions of, in the grand-scale of things, a few actors. It has been suggested that over 71% of all emissions, worldwide, are caused by just 100 companies. “Developed” states are home to staggering numbers of people who are obese. Political scientists such as Peter Mair write of a democratic deficit – characterised by decreasing interest in participation in politics, and increased dissatisfaction with, or apathy towards politics, as argued in his recent book Ruling the Void: The Hollowing of Western Democracy.

What is development? Development should be about growth and progress towards a society that is better for people to live in. Signposts of development would typically include the introduction of a democratic regime, improved civilian health and life expectancy, the recognition and protection of human rights and freedoms, and increased GDP per capita. There is no doubt that “developed” countries tend to have a higher GDP/capita than underdeveloped countries. Similarly, the life expectancy is higher in these countries. These countries are developed – no one is disputing that.

I’m just putting forward the case for over-development. Some countries are ­over­-developed. They went too far. In the pursuit of wealth, a handful of individuals have destroyed the environment. Increased affluence and choice has led to health problems such as obesity. Roseanne Barr’s quip; “half the world is starving; the other half is trying to lose weight” sums up this problem succinctly. Is this what states that we describe as “under-developed” should be aspiring to?

As I’ve already said, development should be about growth and progress. About moving forward. What is progressive about greed? The greed demonstrated by actors in the developed world can be staggering. It’s backward, rather than forward-moving.

We present goals to less developed parts of the world, the achievement of which is viewed as development. But what limits?

Should someone have set a limit on how far we could go in the pursuit of wealth? I say wealth, and not development, because in terms of measuring development, so often, the two are linked. Here too I have focused on how wealth, and the greed of corporations in particular, is one of the most troubling and detrimental aspects of development/over-development.

Putting forward an argument like this, one risks coming across as an “eccentric” recluse, who thinks that all technology is bad – that we should live on farms, in a world without government. For most people, that isn’t the case. But if western development is the ideal – a development that has produced states where 1% of the population holds a disproportionate amount of wealth, and where groups of that size do potentially, irreversible damage to the environment – maybe we should re-evaluate what we think the aim of development is.

Photo: Basketball in Sarajevo (1992). Children playing basketball in the burnt out district of Sarajevo during a break in the shelling.  Copyright © Tom Stoddard.