Niffy Olamiju poses 5 questions about the fallout of trials such as the Heard v Depp case and its impact on women in the #MeToo era.

“Stereotypes are not actually always proven;
Sometimes they are programmed.”

One of the most talked-about topics on the internet right now is the incredibly messy public defamation trial between actors Amber Heard and Johnny Depp. Since the trial began it has been treated as a pushback against the #MeToo movement that encouraged women to speak out against sexual harassment and gender-based violence. The movement also encouraged women to share their experience of trying to live in a man’s world as a woman.

This blog will not be discussing the trial itself (there is already plenty out there). Instead, I want to look at how the trial and the way the public received it and what it means for women’s representation. More specifically, how the trial and its media coverage have affected the progress (or lack thereof) of target 5.5 of Sustainable Development Goal 5: Gender Equality.

“Target 5.5: Ensure Women’s full and effective participation and equal opportunities for leadership at all levels of decision-making in political, economic and public life.”

So,what does a defamation trial have to do with Gender Equality and the Media?

I’m glad you asked. We learn from the world around us and the media plays a huge role in our experiences. Putting your personal feelings about the trial aside, you may have noticed a lot more posts online questioning the validity of women’s accusations of assault; claims that they are manipulative and will do anything to bring down men.

When it comes to high-profile cases like Deep v Heard; the media loves putting women on trial. It rarely starts and ends with one woman. Smear campaigns against women in the media aren’t exclusive to Amber Heard. We live in a world where women are systematically dismissed, undervalued and misrepresented. The media’s reaction to this trial and others like it is very telling of how our society views women and movements led by women. Basically, attempts by women to disrupt the current system are unwanted and unwelcome.

When cases like Amber Heard are taken over by the media and turned into misogynistic ‘witch-hunts’, it has a huge impact on women. When women like Heard or Bollywood star Rhea Chakraborty are targeted by the media they represent more than just themselves as individuals.

In Chakraborty’s case, she was accused of causing the suicide of fellow actor and partner Sushant Singh Rajput through witchcraft. This may seem extreme, but the common portrayal of women as witches is responsible for the deaths and torture of up to 2500 Indian women in 16 years. It was also found by Mumbai Police that up to 80,000 fake accounts online had been created to spread rumours and derail the official investigation – incredibly similar to Heard’s situation , confirmed in a VICE News investigation.

How can we expect women to receive fair trials and be judged like others when they become living representatives of everything the world hates about a women?

But, those women could have been criminals. How are the media and the patriarchy to blame?

For the vast majority, the media is shaped and controlled by men. It’s hard to be impartial and only look at the facts when faced with content that is trying to tell you that women are witches. Liars. They are not ready or willing to work as hard as men.

We are shaped by the world around us and the media plays a huge role. When women are underrepresented in newsrooms they will always be misrepresented. Traditional media have come far, but when only 37% of reporters globally are women (which falls to 24 in countries like Nigeria) how can we expect women to be represented fairly in the media? To add the cherry on top, in online media spaces there is also the huge problem of misinformation.

Going back to the Depp v Heard case (the most recent example) an investigation by the Citizens and VICE World News found that online news media outlet the Daily Wire spent thousands of US dollars promoting anti-Amber Heard propaganda. The alarming trend of people using trials such as the Heard-Depp as an excuse to champion misogyny online is not unique and has been a constant feature in the media landscape for years.

Okay, women on trial can be misrepresented in the news sometimes. How does that link back to SDG 5.5?

Good question and the answer (at least part of it anyway) is representation. False or misleading representation of women is not specially reserved for women on trial. It comes in a big sharing bag ready to be applied to all women in every space, such as women who work very publicly like politicians, women who work privately in big companies and especially women who dare to speak out on private issues like sexual and domestic violence.

When women are misrepresented in media spaces this is a reflection of society. When asked about the low numbers of women in higher positions in Nigeria, media career development specialist Lekan Otufondurin addressed the commonly held belief that women were incapable of holding higher editorial positions even though women have and do hold these positions (and do very well in them).

When women want to participate in public life they must first overcome these prejudices before they even start. Then, once they start the barriers only increase as they are faced with the increased scrutiny that mainly attacks their credibility or looks and if you’re lucky enough to be a woman of colour these comments are 37% more likely to include your race too.

This blog is not trying to defend the credibility of any party in the Depp Heard trial, but instead looks into another side of a very long, very complicated story. When women are misrepresented in certain fields of work (in this case, the media) it is reflected in how society views them and how they view themselves in the world.

This is why it is so important that women have a safe space.

Movements like #MeToo aren’t just a hashtag or trend. They are movements that are alive and well. They represent women who have decided to share their stories and make their voices heard; even in a world which tells them otherwise.

If you’re interested in learning more about Target 5 and gender in general check out some of our resources and blog posts below , or feel free to reach out with suggestions.

Niffy Olamiju is currently studying for her masters in International Relations at UCD and is an editorial intern at 80:20 Educating and Acting for a Better World. 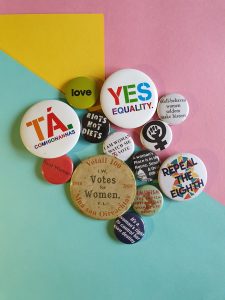 Gina Dorso and Ciara Regan explore how they are marking International Women’s Day 2022 by reminding themselves that the hard work continues. 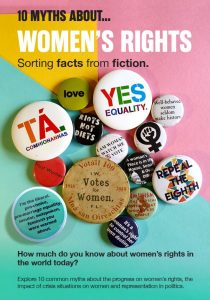 Gender-based inequality is one of the most enduring and deep-seated discriminations. It affects all regions, classes and sectors. In most countries, it is maintained and 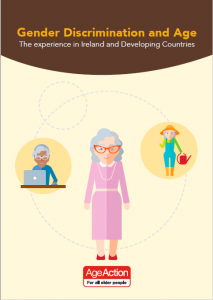 Gender Discrimination and Age: The experience in Ireland and Developing Countries 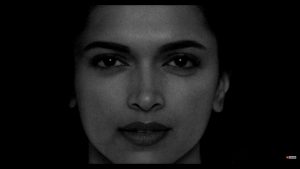