Welcome to the London Arms Fair

Satirical advert on The London Arms Fair, which came to the ExCel centre in London in mid-September 2015. You’ll find guns, tanks and killer drones – and you may also find offers of illegal torture equipment. 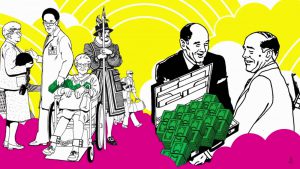 “For many years, the London Arms Fair (DSEI) has been showcasing arms to all kinds of governments, including known human rights abusers .

And that’s not all. We’ve discovered illegal equipment being advertised. At some we found cluster bombs, at others it’s been leg irons, electric shock batons and stun guns – tools used to torture people.

We think people should know what’s happening on their doorstep. So we gave the government…
The-really-big-and-far-reaching-ad-campaign-they-never-really-wanted-you-to-see”

Satirical video as part of Amnesty International campaign to demand the UK government stops the trade in illegal torture equipment once and for all.