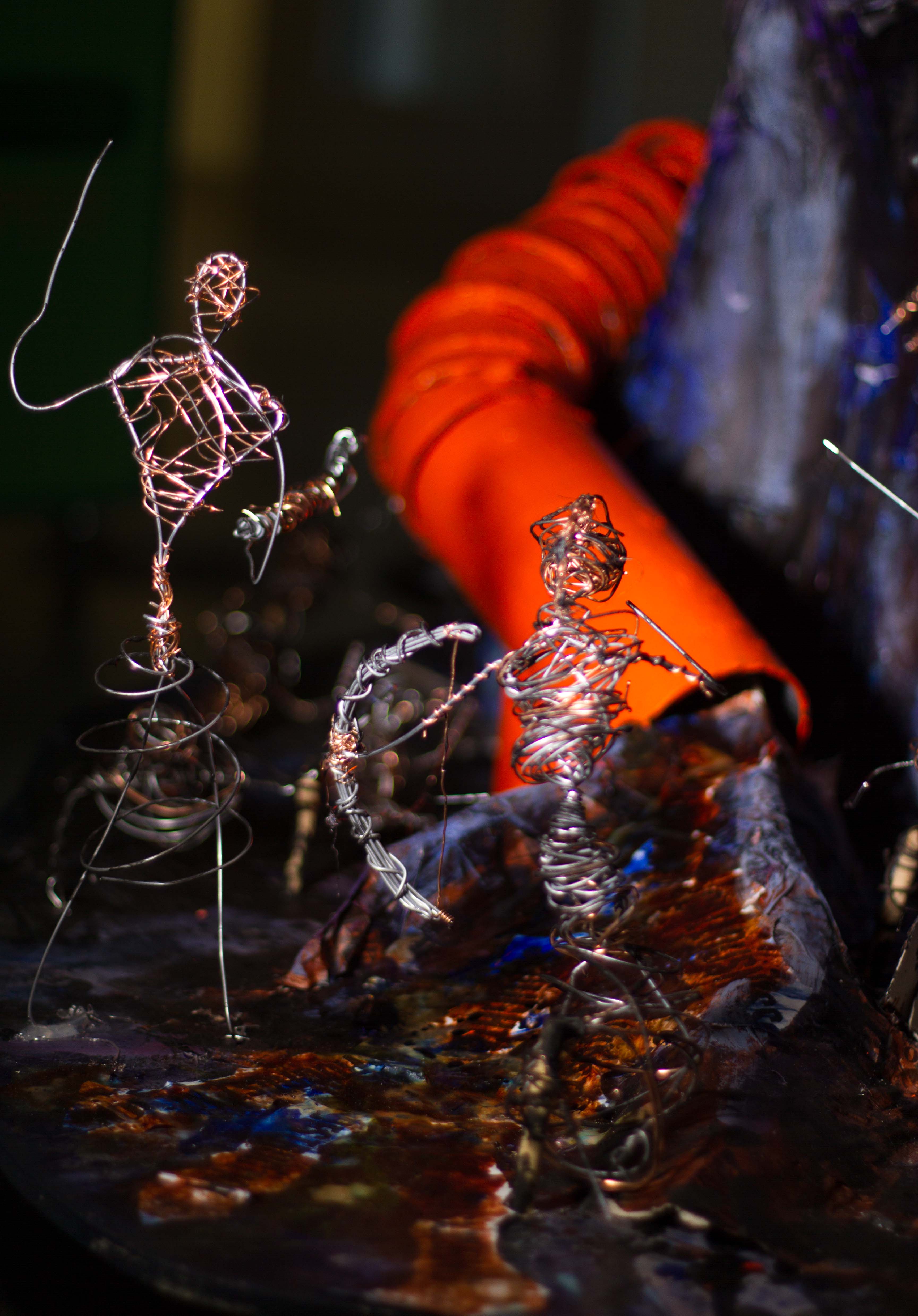 “It is not the strongest of the species that survives, nor the most intelligent that survives. It is the one that is most adaptable to change.” –Charles Darwin

Humans; what are we, what comes naturally to us, destruction?

Are we perfect? Are we fool proof? Are we everlasting? 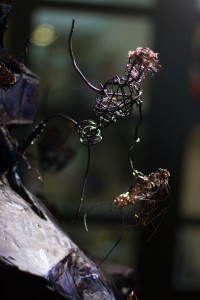 No. We are innovators, we find innovative ways  to do anything; help man walk on the moon, cure diseases, split atoms, and even, destroy our own planet without realising it.

Not only are we innovative but we are ignorant.

While it’s true that nobody can predict the future, we should at least be warned of where we are heading, should we continue on our ever-destructive path.

Those that lived through the war were known as the greatest generation, their children; the luckiest.

What are we? The Millennials; the technological generation; the entitled generation; perhaps the last generation?

Or, we could be the generation that saved our planet.

Either way, as the next generation, we have a duty to right the wrongs of those before us. We must provide a future for our children that our parents failed to provide for us. We must educate ourselves about what we are doing. We must be the age, to make others aware of the bleak, short future that lies ahead, if we don’t act now.

One of the most horrific episodes in Global history, was The Second World War. Millions were slaughtered in the names of opposing ideologies, millions more displaced from their homes and forced into exile, facing life-threatening voyages to lands unknown.

We promised ourselves in 1945 that never again would the human race so recklessly endanger its own existence.

“Those who cannot remember the past are condemned to repeat it.” – George Santayana

Syria, our responsibilities to each other, and our planet

So why then, in 2016 are we simply ignoring our fellow human in need, when we see thousands of people dying as a result of extreme violence inflicted on daily basis in Syria?

How, when refugees are arriving on European shores, craving peace, longing for equality, do we have the audacity to ridicule, to persecute, to criticize so many in desperation?

Not only are we ignoring our responsibilities to our fellow human, but worryingly, our planet.

Seventy years ago the nations of the world came together and promised to protect ourselves and our children, but now in 2016, we have learned nothing and are putting ourselves on a collision course with annihilation.

How, you might ask, is there a connection between the Syrian Civil War, Climate change and waste?

While there were many causes for the civil war in Syria since 2011; The Arab Spring and an ever oppressive government to name but two, one cause that is greatly overlooked, is global warming.

A vast number of Syrians relied on agriculture to make a living. But due to rising temperatures, once fertile land was destroyed through drought. Desperate for work, thousands of families descended on towns and cities, many angry with the government’s lack of help. Soon their anger spread across the nation. Tensions between civilians and government grew into violent protests, which erupted into a bloody war.

And this isn’t the first time conflict and climate change has been linked. Iraq, Afghanistan and even Isis, all are linked to oil.

As a species, we have built an alarming dependency on an energy source which will eventually dry up. This has led to a fight for control of the global oil reserves, given our ever worsening energy crisis. There was a time, when humans fought for freedom and democracy, now it’s for energy dependence and profit.

Ireland, a small island nation in the Atlantic, has the rare potential to be completely energy independent, all through means of renewable sources, such as hydro, wind and solar power.

But despite this, the Irish Government still continues to import an incredible 85% of the country’s energy needs.

It is hardly surprising then, that in 2014 the State was still importing nearly 90 per cent of its energy requirements, one of the highest rates in Europe.

The UK, by contrast, imports only around a third of the energy it uses. It would cost €3 Billion to upgrade our energy grid to completely support wind energy once and for all. Compare this to the €6 Billion spent every year on importing energy sources. 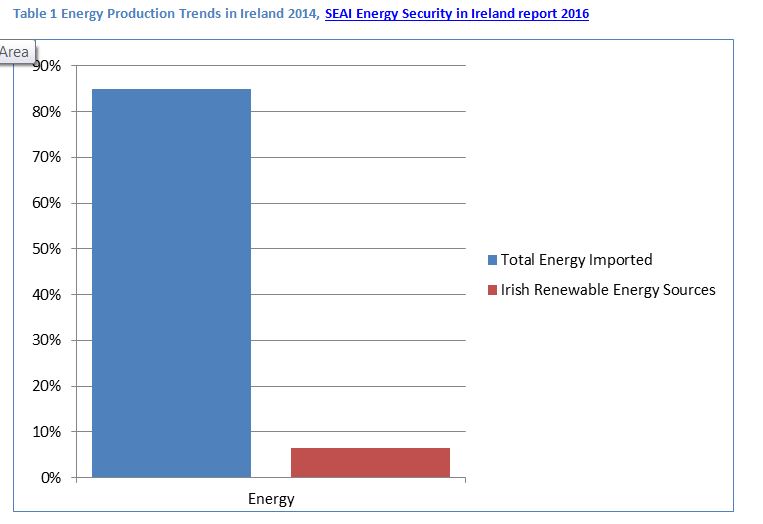 It’s not simply enough to lecture people about the environment. We need to realise how much energy we actually waste in manufacturing. For example, a single company uses the same amount of electricity as a city of 100,000 people, just to make aluminium cans.

The problem is, we never think about how much energy is wasted in the production of simple products.

The next time, you go into a shop, look at what you’re buying and ask yourself, does it need all that packaging? We must ask how much waste are we responsible for by not challenging the supermarkets to reduce their waste levels.

We live in a society of waste. We waste energy. We waste food. We waste water. We waste our lives dealing with small meaningless problems. We live in a society of want, not need. We do not know how to appreciate the things that matter most. And this one failing, has led to shocking figures such as; “10% of rich countries’ greenhouse gas emissions come from growing food that is never eaten”, despite a growing breakdown of our ozone layer and a rise in third world poverty.

To put that into perspective; the average Irish person uses more than 8.8 times the amount of oil as a Ghanaian.

So our question to you is what gives us the right to drain the world’s resources when a country with more than five times our population, uses less than 75% of energy than we do?

How can we excuse the fact that we are using more power than a country that in reality needs much more energy than us given their climate and poverty? Earlier in the blog we asked what was our generation, the lost generation or the last generation?

In truth, we are neither. We are a generation of leeches, binge consuming the planet’s resources for short term gains.

Yet despite these shocking facts many people refuse to accept that there is a serious problem. And even many of those who do, don’t take action to ameliorate it.

Some don’t believe it’s their issue to fix, others don’t know how. Ultimately it’s the reluctance to take accountability for what many see as the greatest challenge the human race has ever faced.

We are all responsible, now

One then has to ask, who is responsible for the crisis we face?

Well it’s our fault, us, our parents, our grandparents and our great-grandparents. Every man, woman, and child who ever let the water run, who threw litter on the ground, who did not turn off the light, and refused to care enough about their environment to recycle their waste.

It’s the multinational companies, polluting our seas and the irresponsible deforestation by humans, slowly destroying the lungs of the Earth. There is a tumour that has been enveloping our species.

Greed is that tumour. The selfish competition that is embraced by a world that turns on capitalist greed is destroying what is left of our planet.

It is unthinkable for us to believe that our grandchildren are being robbed of their planet by large corporations more concerned with making money than actually building a sustainable future for generations to come.

It’s easy to pick scapegoats to blame in society. When you boil it down the clearest cause of the multiple crises we face is pure and utter human greed. Above all, greed is what is destroying our planet.

But there is still hope, the COP 21: UN climate change conference that was held in Paris in December 2015 shows there is still time to save our planet.

It is now up to us to fulfill the promises made and uphold all the agreements. We may be the last generation that can reverse climate change. The world’s governments at COP agreed that they should limit the global temperature rise by no more than 3 degrees, then to slowly decrease it.

This will take many decades but it is far better than staying on our current path and increasing the temperature by 5 to 6 degrees, which would cause irreversible damages turning our planet into an extreme harsh environment to live in.

“The deal alone won’t dig us out of the hole that we’re in, but it makes the sides less steep.”-Kumi Naidoo, former executive director of Greenpeace International.

Every one of us, no matter how young or how old, how rich or how poor, first world or third world and everywhere in-between, has the ability and power to resolve this crisis.

“How wonderful it is that nobody need wait a single moment before starting to improve the world.” – Anne Frank

We implore all of our readers to ask themselves, “What can I do to protect my planet”?

A note on this project:

This blog was accompanied an art installation prepared by Transition Year students on the topic: Green Schools and Dystopias…Where is the connection?

The project was completed by members of the Pres Bray Green Schools Advocacy Committee with teachers Beulah Jay-Donohue, John Dillon, Alice Brennan and Clifton Rooney with additional support from Tony Daly of 80:20 Educating and Acting for a Better World.